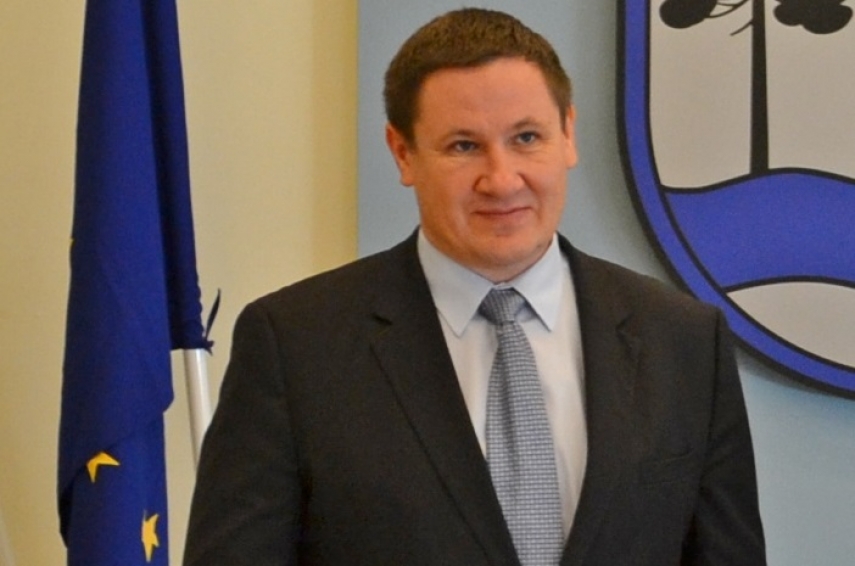 RIGA - The Corruption Prevention Bureau (KNAB) this morning detained Egils Helmanis (National Alliance), chairman of the Ogre regional council, in connection with a fraud case, according to information obtained by LETA.

His phone is currently switched off.

The Corruption Prevention Bureau released a statement to the press saying that the bureau is taking urgent investigative measures, including warranted searches.

The criminal procedure was launched on August 6, 2019 over abuse of office powers, fraud, document counterfeiting and use of counterfeit documents.

Materials of the case contain information suggesting that Helmanis probably took advantage of his position to defraud the local authority of money, using a counterfeit sick-note. In February 2019, the local authority was defrauded of at least EUR 855.71 as a result of the scam.

One person – Helmanis - has been detained in connection with the fraud case.

Law enforcement authorities are expected to decide on a measure of security for Helmanis within the next 24 hours.

In order to protect the integrity of the probe, KNAB is not giving more information about the criminal investigation.

Nikolajs Sapoznikovs, a spokesman for the Ogre regional authority, told LETA that Helmanis is not at the office right now and that he only learned about the regional chairman’s arrest from LETA.

Information obtained by LETA suggests, however, that KNAB officers are currently conducting a search at the Ogre regional council hall.

As reported, in 2009 the State Police detained Helmanis in connection with a criminal probe that had been started over an attempt to extort money in return for not showing sensitive footage on Ogre TV in a run-up to local elections.

In March 2017, Ogre District Court convicted Helmanis of involvement in extortion by a group of persons pursuant to prior agreement, and ordered him to pay a fine in the amount of 100 minimum monthly wages or EUR 38,000. Another defendant, Arturs Robeznieks, the former owner of a local television company, was also convicted and ordered to pay the same fine.