Karins thanks UK, Norway, Iceland for strong support to Ukraine 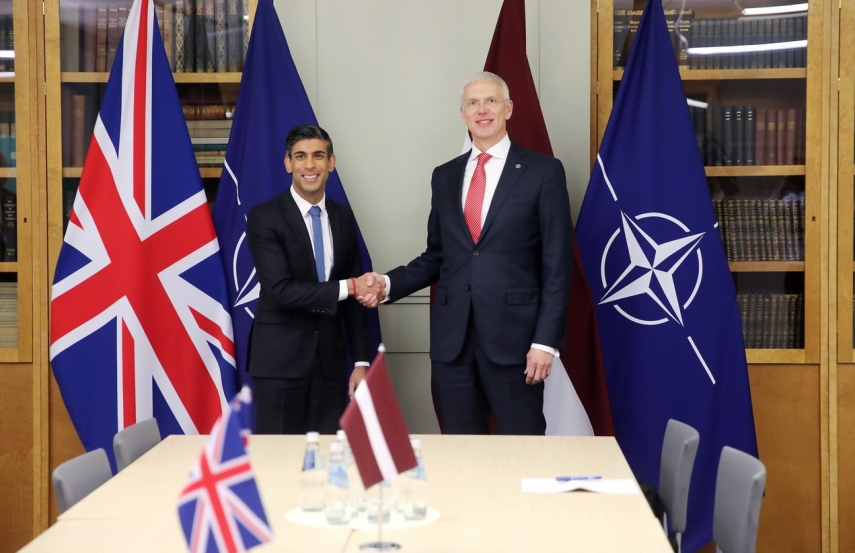 Sabajevs informed that during the meeting with Sunak, the prime ministers discussed bilateral relations between Latvia and the UK and the security situation in Europe. Karins underscored the potential of both countries to deepen economic cooperation in energy and technologies, including in use of renewable energy resources.

Both officials agreed that Latvia and UK share common values and are alike thinking partners who are adapting to the new challenges. Karins thanked the UK for its strong stance and support to Ukraine in the war against Russia.

During the meeting with the Norwegian prime ministers, the officials discussed further cooperation, especially in energy. Karins said that Latvia in the coming years will see a rapid energy transformation, and there is a potential for Norway's investments and expertise. The officials discussed the EU and Norwegian energy policy. Karins thanked Norway for its participation in the NATO battlegroup in Lithuania.

During the meeting with the Icelandic prime minister, Karins noted Iceland's significant role in restoration of Latvia's independence. Karins also said that Latvia is cooperating and supports Iceland during its presidency at the Committee of Ministers of the Council of Europe. Karins also thanked Iceland for its contribution to strengthening Baltic security.