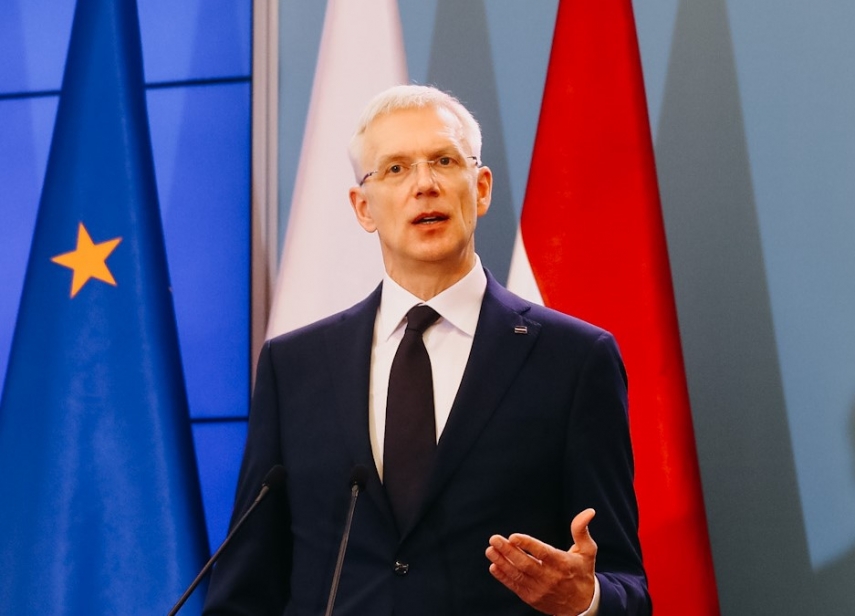 RIGA - The prime ministerial candidate of New Unity (JV), the party which won the Saeima elections, and current Prime Minister Krisjanis Karins, is having difficulty getting sufficient clarity about what the vision of the members of United List (AS) is for the benefit of Latvia in the coming years and for the work to be done in the parliament and within a potential government coalition.

In an interview with TV3 this morning, Karins admitted that he lacks clarity on the position of the representatives of AS because, in the coalition talks, this political force is represented by a candidate for the post of prime minister, businessman Uldis Pilens, who himself did not run in the Saeima elections and has not shown any particular desire to work in the government as a minister.

"I have a conversation with Pilens, but I actually have to talk to those behind him who are elected because I don't know what role he will or won't have after that. He's not elected and it doesn't look like he's ready to take on any particular responsibility, although, for example, I would see him as a potential minister of economy in any government (..), because I fully believe that he could have some new method," said Karins.

In the interview with TV3, the JV politician also pointed out the motley political composition of AS - it has many people who have previously represented various political forces, and it is not really clear what the members elected to parliament from this list think. "It is necessary to understand where and why it is difficult to form a coalition at the moment and arrive at the final denominator: because we have a lot of unknowns," said the prime minister.

According to Karins, he sees that a stable coalition can be formed in the 14th Saeima, however, in order to do this, first "it is necessary to find out those areas where we agree upon and understand where there are disagreements".

As the process of coalition building progresses, the role of the Progressives in the 14th Saeima still remains unclear.

Karins has said that he would prefer to form a broader coalition, in which his New Unity party would team up with the United List, National Alliance and also the Progressives. He also stressed that he did not see any unsurmountable contradictions that would prevent the four potential partners from forming a coalition.

However, both the United List and the National Alliance have been arguing in favor of a three-way coalition without the Progressives, which they regard as too liberal and leftist.