Karins government will fulfill interests of its sponsors - Vjaceslavs Dombrovskis 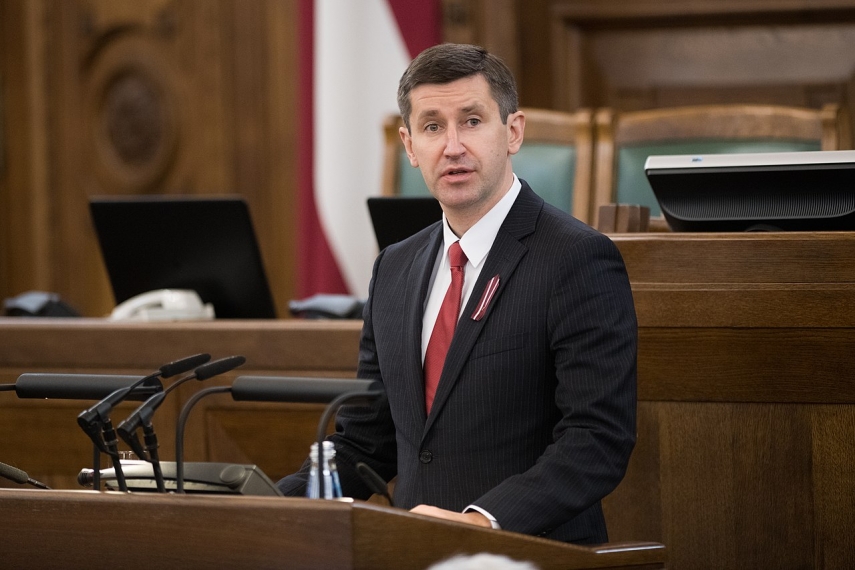 RIGA - During today's Saeima debates ahead of the confirmation vote of the Krisjanis Karins (New Unity) government, one of Harmony's leaders - MP Vjaceslavs Dombrovskis, said that the Karins government will fulfill the interests of its sponsors.

Dombrovskis said that it is hard for him and several hundreds of thousands of voters to believe what Karins is saying, calling a Karins government a ''government of division''. He added that 99 percent of what was promised by the parties forming the new government before the elections cannot even be found on the government declaration.

He added that the new government is like a fictitious marriage, where the parties involved cannot stand each other. ''We are forced to vote for a Karins government today, but who Mr.Karins will actually be in charge?,'' he went on to say.