Jurmala could lose New Wave festival due to Moscow decision 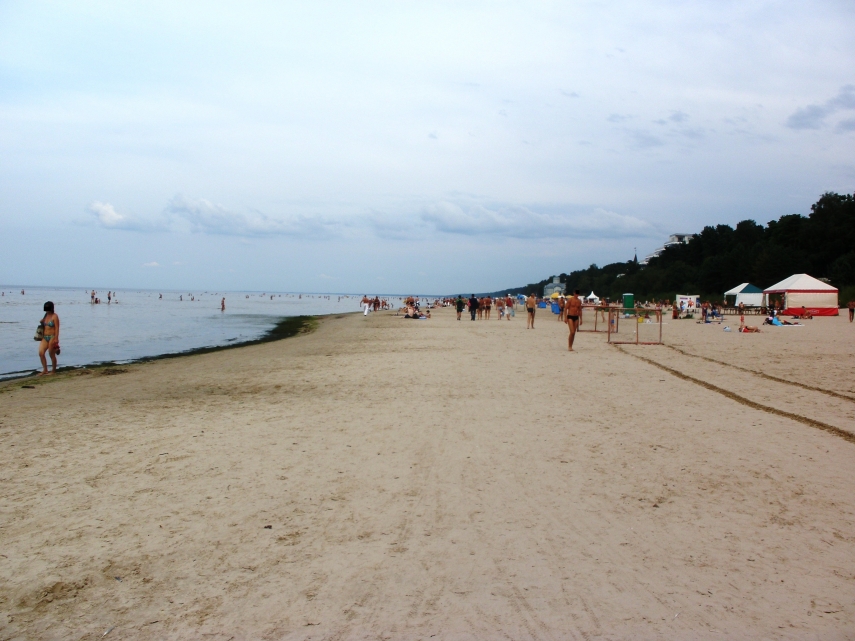 Vesti reported today that it is possible that the New Wave pop music festival, held in Jurmala since 2002, will not be able to organise their events in Latvia anymore, due to orders from Moscow politicians. The KVN and Comedy Club stand-up shows may also be affected.

The newspaper quotes unofficial information received from Jurmala City Council about a high-level decision made in Moscow that the festivals' organisers Igor Krutoy, Alexander Maslyakov and Garik Martirosyan will have to obey.

This means that Jurmala could lose the opportunity to host numerous Russian entertainment events next year. The newspaper speculates that this could cause losses in the region of several million euros to the municipality. It may also lead to Russia's wealthiest residents losing interest in purchasing real estate in Jurmala, which will impair the temporary residence permit programme.

Jurmala hotel and restaurant representatives surveyed by the newspaper indicated that this eventuality would be very bad for them, as these events accounted for 95 percent to their annual income.

Two hotel and restaurant representatives said that they would be forced to close their businesses and lay off their employees.

The New Wave contest (Jaunais Vilnis in Latvian) has been held annually at the Dzintari concert hall in Jurmala since being founded in 2002 by the Russian composer Igor Krotky and the Latvian composer and musician Raimonds Pauls. It is open to groups from around the world, but is widely perceived to appeal to a principally Russian audience, although Latvian groups have won the contest on two occasions. Stars popular during the Soviet period are often featured prominently, including the famous Russian singer Alla Pugacheva and Raimond Pauls himself.

This year, the events in Ukraine made things difficult for the festival, as three Russian singers due to perform were barred from entering the country. The Latvian Foreign Ministry explained this was because “through their words and actions [they have] contributed to the undermining of Ukraine’s sovereignty and territorial integrity.” Krutoy announced last month that he was planning to find a new home for the festival, although this has not yet been confirmed. He cited as possible alternative locations Crimea; the Russian cities of Kazan, Kaliningrad or Sochi; or the Azerbaijani capital Baku.