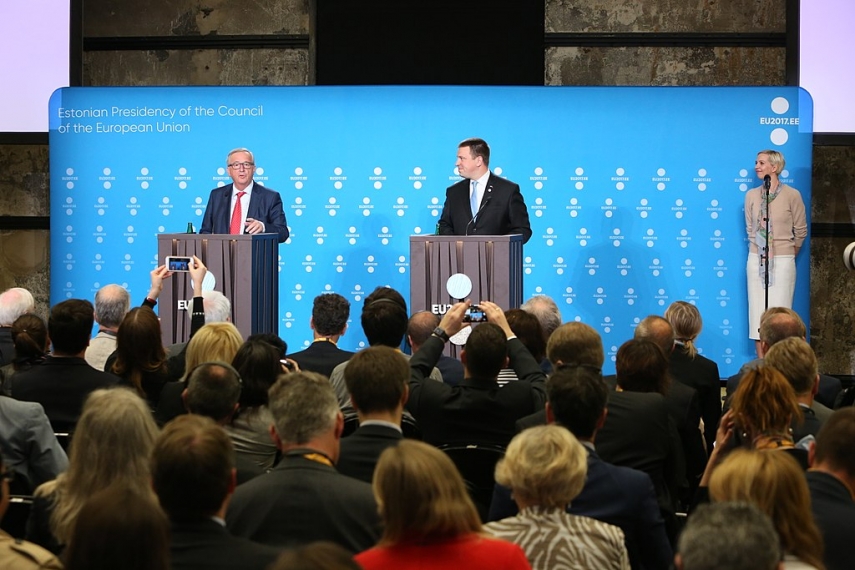 "It was one of the best prepared and most professionally run presidencies I can remember," Juncker said at a discussion of the presidency held at the plenary sitting of the European Parliament on Tuesday. "Once again, my long held belief was confirmed, smaller countries really do make for the best presidencies. They are more natural bridge builders, more likely to look for consensus. Estonia proved me right," he added.

"[It was possible under the leadership of Estonia to] make progress in other areas where we needed it and most importantly, you set a tone for 2018. Because 2018 must become a year of delivery for a better future," Juncker said.

"We signed last month a new joint declaration on the European legislative priorities for 2018-2019. This gives all of us a platform to show that Europe can deliver for its citizens when and where it matters to build a stronger, more united, more democratic union -- and this is the approach that the Estonian presidency took throughout the last six months," Juncker said.

Estonia with its presidency showed the model of future presidencies, Juncker said. "You placed an issue on the agenda, which obviously was worthy of our attention and action -- the greater our progression in the digital field, the greater our joint success. Tallinn was the best possible location for organizing the digital summit," he said.

After being given the floor once more to handle the topics once again after the assessment of the representatives of the European Parliament's parliamentary groups, Juncker finished with one word: "Bravo!"

Estonia led the work of the Council of the European Union from July 1 to December 31, 2017.