Jousts and Duels at the Count of May 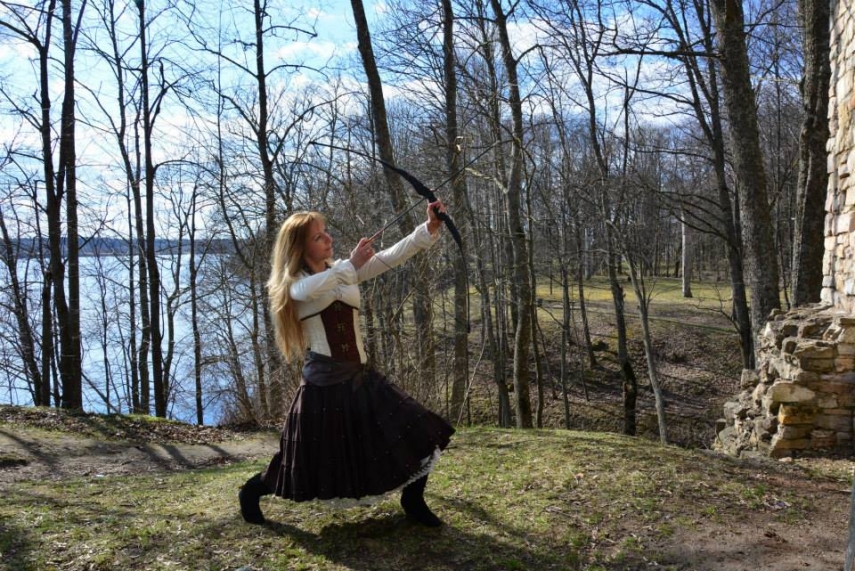 RIGA - Have you ever wanted to participate in a huge medieval festival? Well, on May 16 in Spikeri you will have that chance. That is the date of annual medieval festival “Count of May”, which has a history that spans over 500 years, and there will be plenty of medieval events for you to participate in.
The “Count of May” festival is replete with medieval activities. It will entertain visitors with jousting knights, ostentatious archers, charming ladies, dance performances, costume contests, theatre performances, and even the chance to take part in a witchcraft trial.

The main hero of the festival – the Count of May — is chosen from a wide range of applicants. The Count of May is a purely honorary title, which is awarded to the winner of the tournament for one year and confirms that the title holder is the best defender of the city.

Any male aged between 18 and 65 years, who believes in their own virtue and strength, can apply for the tournament. Candidates will have to go through a number of tough challenges. These include sword fighting, shooting with bows and dancing, as well as other challenges that currently remain as a surprise for participants. After winning this title, the Count of May will be able to give a title to a fair maiden, who is then elevated to the title of the Countess of May, and both will be symbols of the festival until the next year.

Historically, the Festival of the Count of May arrived in Riga from Germany, Gotland and England, where they were celebrated as a spring festivity during the middle ages. The Count of May symbolized the spring and came into towns and villages with his entourage. The first mention about the Count of May celebration in Riga dates back to the 15th century, when the Count of May was elected in the presence of the town council in a stretch of an open space outside the city.
The person who won the title of Count of May always was someone from the Great Guild and was able to keep the title for a year. The participants of the celebration would go on a festive procession to the Great Guild, where a luscious feast would take place.

A presidential prohibition
Although this is a tradition with a considerable history, in the last couple of years it has had some big problems. For 11 years this festival was held at Town Hall Square because of its rich history and connection to the Blackheads of Riga. Yet in 2012, this tradition was cancelled and the event lost its support from the Riga City Council.
The explanation for this was that, while Riga Castle is being repaired, the Latvian President is working in the House of the Blackheads and the sounds and events from the festival could disturb the president’s work. However, the enthusiasts didn’t want to lose this great tradition and in 2013 organised the festival on their own and with their own money, but moved it from Town Hall Square to Dome Square.

After a year, they continued their efforts to bring back the Count of May and organized a festive meeting in front of Riga City Council. They collected signatures, wrote a petition, showed some medieval performances to entertain people, took photos and later sent all that to Department of Culture and Education in Riga hoping that this would show how important and unique this festival is.

After the activities of previous years nothing has changed. “Everything is still organised and made by ourselves. Only this year we have one more supporter: Live Riga.”, says Irina Kurpniece, one of the organizers of this event. This year, Spikeri has been chosen for the location of the festival because “it has more space, so we can expand. Also on next day after the festival there is the Lattelecom Riga marathon so Spikeri is a great way how to get out of their way.” adds Irina. Of course, there is possibility that someday the festival of Count of May could go back to its original place – Town Hall Square, but only then, when the president will return to Riga Castle or move somewhere else.

So far, The Baltic Times can report that no one has dared challenge the president to a duel over the matter.