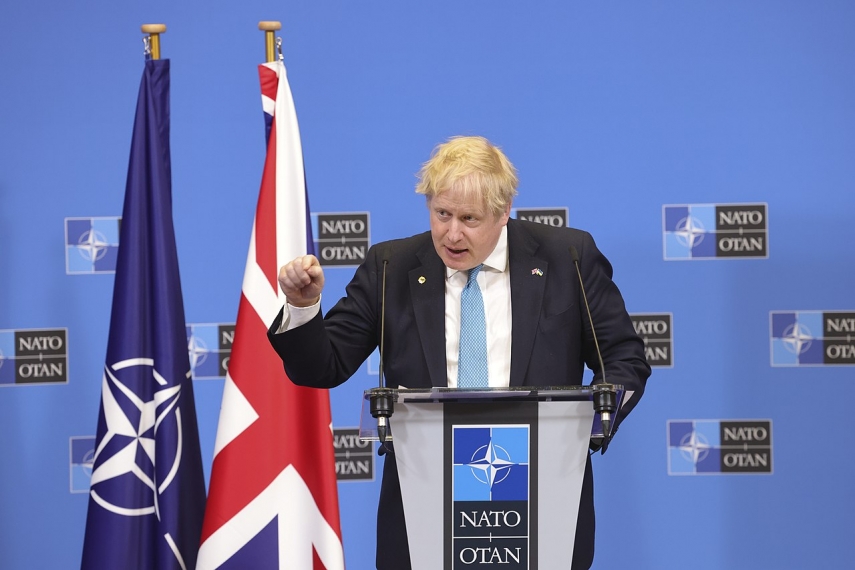 RIGA - The resignation of British Prime Minister Boris Johnson will not bring fundamental changes in Latvia's relations with the European Union (EU) and NATO, but there will definitely be a period of uncertainty that may continue until the over 100,000 members of the Conservative Party choose the next leader of the party, who will be put forward as prime minister, political scientist Karlis Dauksts told LETA.

The political expert noted that the period of uncertainty may to some extent impact not only the activities of the EU and NATO in the Baltic region, but also in Ukraine, as Johnson had great authority among the Ukrainian elite. Dauksts emphasized that the resignation of the British prime minister may affect the provision of EUR 2.5 billion in aid to Ukraine. Perhaps Johnson's resignation as leader of the Conservative Party could also halt the flow of aid promised by Great Britain.

Dauksts emphasized that the period of uncertainty in terms of the organization and structure of aid from Western countries is not good for Ukraine itself in the current war conditions. Also, uncertainty is not the best period in the context of NATO activities.

"There will be a difficult domestic political battle in Britain. There's a very long procedure ahead, and the procedure is that you first have to draw up a shortlist, from which you have to leave two candidates, who will eventually be voted on. So there is still a long, long political process ahead, which may have larger ramifications across world politics," the political scientist said.

When asked what could be the most important reasons that made the British prime minister decide to resign, Dauksts pointed out that the peculiarities of British democracy should be taken into account, which do not allow laxity or extravagant behavior by the highest officials. According to the political scientist, it was largely a matter of image.

"It was not only his political actions and decisions that prevented him from becoming the absolute leader of the nation, but also his political behavior," Dauksts said.

Johnson, 58, announced that he would step down after a slew of resignations this week from his top team in protest at his leadership but would stay on as prime minister until a replacement is found.