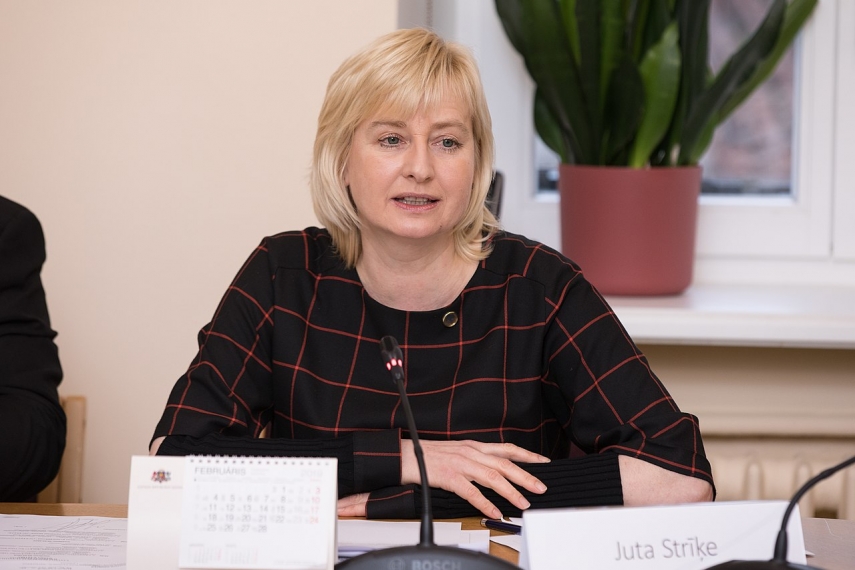 RIGA - The head of the New Conservative Party's (JKP) Saeima group Juta Strike told LETA that the way Normunds Mezviets was re-appointed the head of the State Security Service by the government yesterday was reminiscent of ''the old political style'', and that the walk-out by JKP ministers from the government meeting is a ''yellow card'' to the current government.

Strike said that JKP plans to discuss with Prime Minister Krisjanis Karins in the near future how he plans to review important matters within the coalition. She said that the rushed and obscure way Mezviets' candidacy was being pushed forward by the government, as well as the lack of discussions, was not understandable to her. She said that this is reminiscent of the way previous governments operated which the Union of Greens and Farmers were a part of.

She reminded that the JKP supports transparency, rule of law and openness, as well as good governance principles, instead of decisions being made under the rug in the ''style of Lembergs''.

As reported, in a closed session yesterday, the government re-appointed Normunds Mezviets to a second term as head of the State Security Service.

Meanwhile, ministers from JKP walked out of the government meeting in protest, claiming that this was a rushed decision that has not been properly discussed within the government.

Mezviets has been appointed to a five-year term as head of the State Security Service.