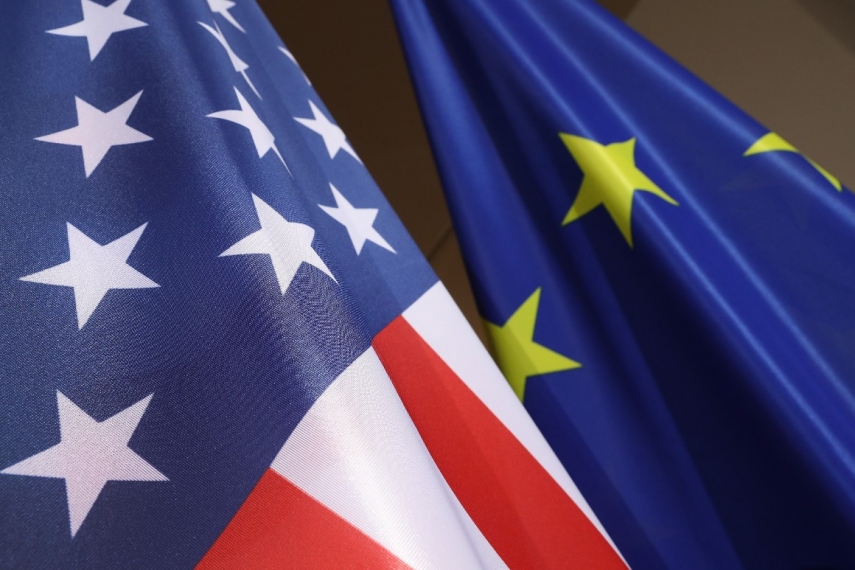 RIGA - In Brussels on May 20, the Parliamentary Secretary of the Latvian Ministry of Foreign Affairs, Zanda Kalnina-Lukasevica took part in a EU Foreign Affairs Council meeting on trade policy issues, LETA learned from the ministry.

At the center of attention were EU-US trade relations and developments related to the World Trade Organization (WTO) including preparations for the Twelfth WTO Ministerial Conference (MC12).

In speaking with the US Trade Representative (USTR) Catherine Tai, the Parliamentary Secretary commended the positive dynamic developing between the EU and the US on trade issues and underlined the significance of transatlantic relations, while calling for cooperation which will be closer and more coordinated.

I hope that the contentious questions between the US and EU on bilateral trade will soon be resolved thereby allowing us together to address global challenges such as WTO reform and the tackling of harmful economic practices adopted by China, as well as the ensuring fair competition, the Parliamentary Secretary remarked.

Kalnina-Lukasevica also expressed support for the establishment of a Transatlantic Trade and Technology Council since it would provide a good platform for cooperation in working out new technological standards.

During the conference, discussions turned to the WTO and preparations for MC12, the Twelfth WTO Ministerial Conference. It is a priority to conclude talks on provisions relating to eliminating subsidies that are harmful to fisheries and fishing.

WTO Director-General, Dr. Ngozi Okonjo-Iweala, was also present at one of the sessions of the conference and Kalnina-Lukasevica expressed Latvia’s support for her accomplishments. The Parliamentary Secretary emphasized that MC12, the Twelfth WTO Ministerial, will be a success if there are concrete results in regard to the important global economic questions and this includes facilitating the supply of medical products and equipment and progress in the efforts to increase vaccination roll-out.

The discussion at the meeting also addressed the question of vaccine production and distribution, and the consideration of various scenarios to achieve this including possibilities connected with TRIPS, the Agreement on the Trade-Related Aspects of Intellectual Property Rights.

Following up on work begun on 2 March at the informal council, the participants at this FAC (Trade) talked about the European Commission’s 18 February Trade Policy Review – An Open, Sustainable and Assertive Trade Policy and the trade policy strategy it sets out, agreeing to continue discussions on Council Conclusions so that these can be approved in the near future.

Participants also discussed the state-of-play of the negotiations on the International Procurement Instrument, the EU-Mercosur deal, and measures to safeguard the EU steel industry. The EU decision to postpone raising tariffs for the United States can be assessed positively at a time when both sides are talking and trying to generate ideas on an appropriate approach to reduce global steel overcapacity, the Parliamentary Secretary pointed out.