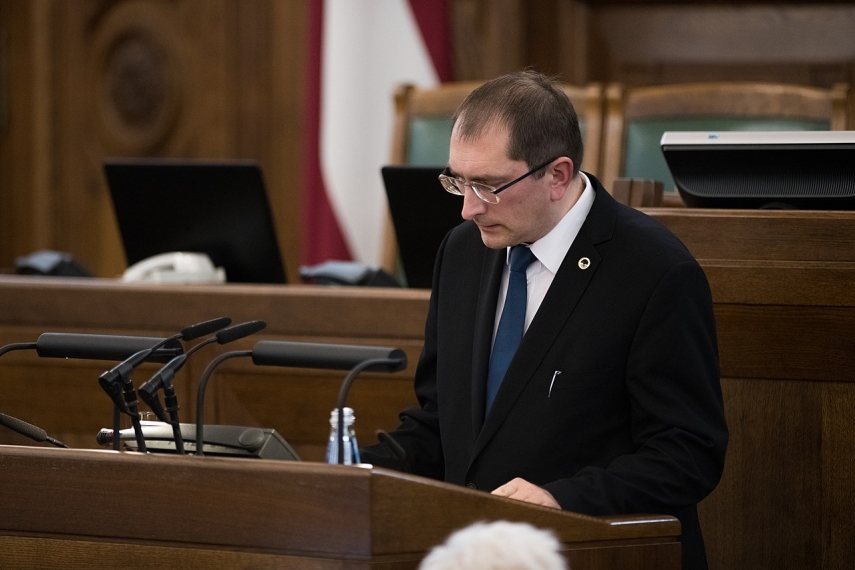 RIGA - In recent years, the renaissance of railways has been witnessed throughout Europe, and the time has come to strengthen its role, especially with a view to achieving Europe's climate goals, says Minister of Transport Talis Linkaits (New Conservative Party).

The Ministry of Transport informed that Linkaits will take part in the conference of the European Economic and Social Committee in Brussels on Monday, dedicated to the European Railway Year and railway development issues.

Linkaits will emphasize the role of railways in achieving European climate goals and the importance of the railway project Rail Baltica in creating a single European railway area and strengthening the competitiveness of the region.

The Minister emphasizes that the railway must become the backbone of the European Union (EU) transport system - both in passenger and freight transport.

Linkaits said that it is important for the Baltic States to create good infrastructure that ensures connectivity with Europe in order to be able to offer new and competitive solutions in freight transport. He explains that there is currently no such infrastructure, but the implementation of the Rail Baltica project will improve connectivity by providing a single European railway area.

The Minister of Transport emphasizes that the EU's financial support is essential for the implementation of cross-border projects and that investments are needed not only in the construction of new railway connections, but also in the maintenance of existing infrastructure.