Iran offers Lithuania to open embassies in Vilnius and Teheran 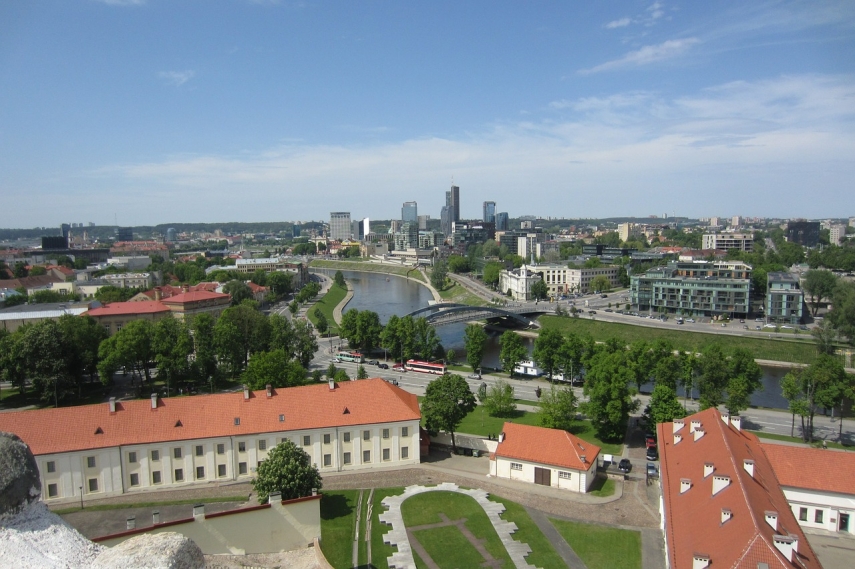 VILNIUS – Iran has offered Lithuania to open their respective embassies in Vilnius and Teheran to step up economic and political cooperation, visiting Iranian Vice President Massoumeh Ebtekar said in an interview with BNS Lithuania on Friday.

"One of the issues that our ambassador is pursuing and our Foreign Ministry is very interested in is the opening of embassies in Tehran and here," the vice president said.

Lithuania now maintains diplomatic relation with Iran through the embassy in Turkey, and Iran does that through its embassy in Poland.

According to the Iranian vice president, the embassy opening and the bilateral economic agreement would help to expand trade relations and step up tourism.

Lithuanian Foreign Minister Linas Linkevicius has confirmed the fact that he received the Iranian vice president's proposal to open embassies but said Lithuania does not have such plans yet.

"We are not considering such options at the moment and we did not go into much detail on this matter," the minister told BNS Lithuania.

Economic ties between Lithuania and Iran are not very active and have even weakened in recent years. Lithuania's exports to Iran stood at 7 million euros last year, and imports was valued at almost 4 million euros.

The Iranian vice president came to Lithuania to attend the Women Political Leaders Summit in Vilnius but paid a lot of attention to the United States' decision to pull out of Iran's nuclear deal during her meetings.

In her words, the majority of economic sanctions were lifted for Iran and it pledged to restrict its nuclear program not to have possibilities to produce a nuclear bomb. Following US President Donald Trump's decision to quit the deal, European governments are trying to salvage it.

The Iranian vice president told BNS Lithuania her country has already started preparations to increase its uranium enrichment capabilities and warned that her country "cannot wait forever" for guarantees that would help to preserve the nuclear deal.

"The fact that one member of such a deal would break the pledge unilaterally, this is not a good signal. In today's world, multilateralism should have the final say. I think that all members of the international community, particularly members of the EU, they should take a very strong stance against any unilateral action that could impede peace and security processes, and could undermine the trust that has been created between countries to this pledge," the Iranian vice president said.

According to Ebtekar, Iran has already taken measures to protect its economy as the United States threatens to impose new sanctions.

"We have a plan B for the economy and that is already in place. We started it even before the Americans pulled out, broke their pledges. Even before that we were prepared because that was one of the issues that we at that time predicted might happen. So the economy in terms of being able to face these pressures we've taken certain measures and certain directives," Ebtekar said.

"The second dimension is the preparations that the Supreme Leader has ordered (...) so that Iran is ready for further uranium enrichment, these are preparations which are underway, all within the framework of the JCPOA. All steps which have been taken are within the limits and the framework of the JCPOA," the Iranian vice president said, referring to the official name of Iran's nuclear deal, the Joint Comprehensive Plan of Action.

Lithuanian Foreign Minister Linkevicius said after the meeting with the Iranian vice president that he stressed the EU's wish to keep the deal alive. He added, however, that Iran's effort was also necessary.

The minister also said he expressed his concern over Iran's plans to increase uranium enrichment capabilities and called on Teheran to take a more open part in discussions on the most important international security issues, including Iran's role in the Middle East and the closure of Iran's ballistic missile program, and also called on Iran to engage in a closer and more open dialogue with the United States.