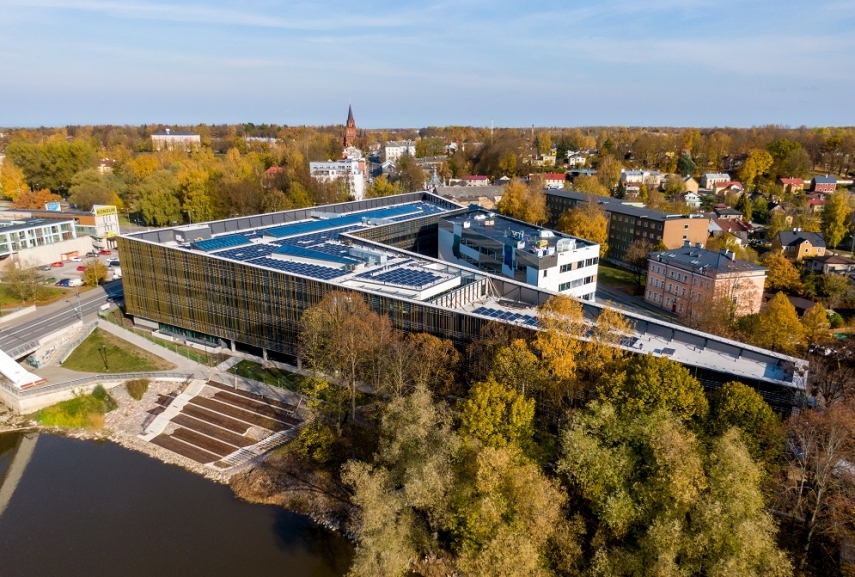 The University of Tartu has moved up to places 201-250 in theTimes Higher Education (THE) World University Rankings Table for Computer Science, which was published last week. This confirms the high quality of the university’s research, citations, academic work, internationalisation and entrepreneurship cooperation alike.

JaakVilo, Head of the UT Institute of Computer Science, says that the university has managed to recruit and retain international lecturers and attract talented students to Estonia, who also boost the competitiveness of local companies. This is also reflected in the THE ranking, in which the university’s entrepreneurship cooperation and internationalisation in particularly are highly rated.

“Even though in the EU the University of Tartu has moved up in the computer science rankings and is now the leading university in Eastern and Central Europe, we have to continue striving for a place in the top 100 of Europe as a whole,” Vilo said. “We still need to make quite an effort for Estonian research to stand out more in global terms. Work recently began in the institute on the basis of two European Research Council grants and it’s also working on a number of large development projects, which reassure us that our top-level research is interesting, important and needed.”

Two key innovations lie ahead for the Institute of Computer Science in the near future, first when it moves into the new Delta Centre and secondly when it starts teaching on the basis of Estonia’s firstMaster’s programme in data science.

“The ever-increasing number of students and researchers is what created the need for new facilities, which is why we’ve been scattered around buildings in different parts of the city for so many years,”Vilo explained. “Once the Delta Centre is completed, we can move our entire institute back under one roof again. There’ll be rooms for the Digital Innovation Hub, for example, which implements cool student projects and advises companies. Moving into the one building will improve internal communication while also facilitating closer cooperation with other parts of the university, as well as companies and institutions in the digital field. The Delta building will also be a home to ASCybernetica, the machine learning and data science competence centre STACC, Statistics Estonia and Swedbank’s data analysis development unit – so we can only imagine how much new knowledge cooperation between these organisations will yield!”

The development of an innovative Master’s programme in data science was supported by the Ministry of Economic Affairs and Communications, as many companies and state institutions are in need of people well-versed in data science and artificial intelligence. The University of Tartu has extensive expertise in both, which it has been developing and expanding for a long time with the help of research projects and funding from the IT Academy programme. “We feel it’s important that data science enables graduates to apply their knowledge and come up with innovative solutions not just in science and technology but also in the digital humanities, social sciences and business data science,”Vilo said.

In the overall ranking of subjects, the University of Tartu falls within the range of places 301-350. THE publishes the rankings of subjects in four stages. The first stage confirmed the world-class quality of the university’sarts and humanities. The third and fourth stages are set to be published in November.

The University of Tartu is also doing well in other reputable university rankings. This year it moved up to fourth place in theQuacquarelli Symonds (QS) ranking of European countries with rapidly developing economies published on 15 October. In the QS general table, the university moved up to place 301, which is its highest ranking to date and shows an improvement of 20 places compared to last year. Since 2014 the University of Tartu has moved up 160 places in the rankings.