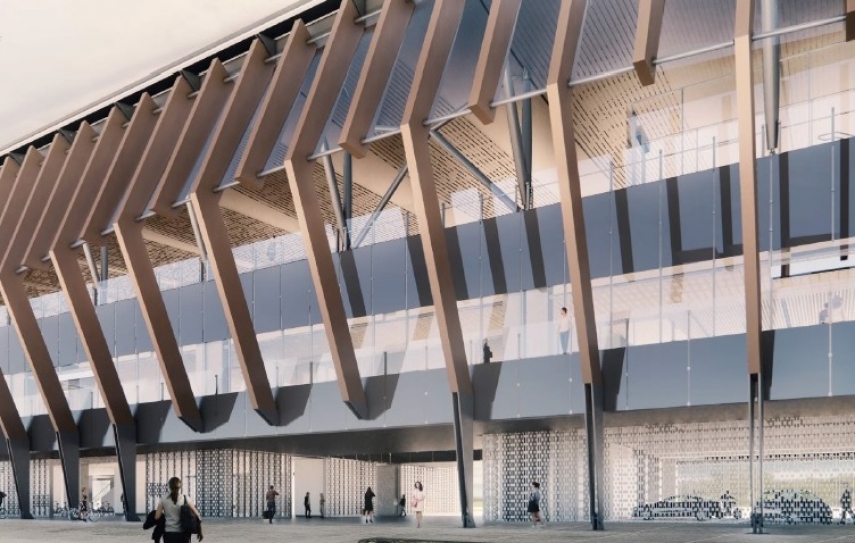 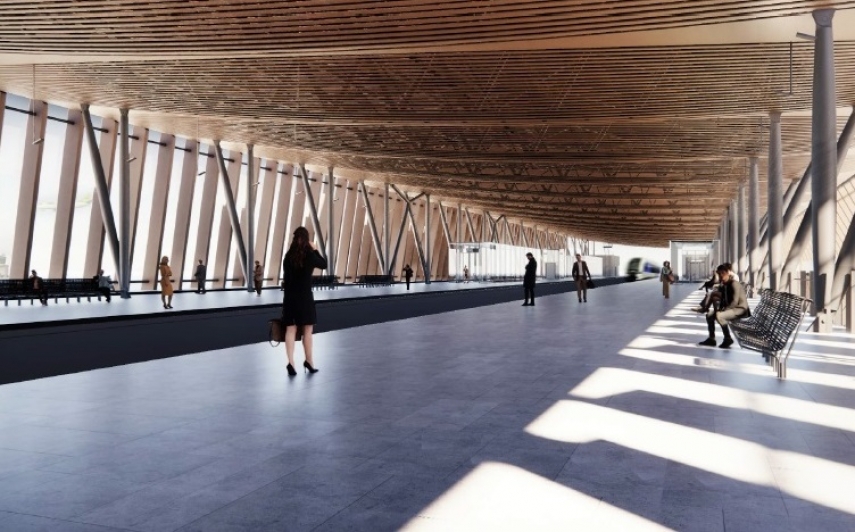 Tālis Linkaits, Transport Minister: “Rail Baltica railway connection to Riga Airport is a modern, convenient and environmentally friendly alternative to passenger mobility. It will expand the Airport catchment area to Lithuania and Estonia. This connection is also important for traffic coming into Riga. By setting up a park & ride available at the Airport, residents will reach Riga centre by train in eight minutes.“

Kaspars Vingris, Chairman of the Board of Eiropas Dzelzceļa līnijas: “Rail Baltica station will be the first high-speed rail and air traffic connection hub in the Baltic States. The builder will be required to fully integrate the new station, railway tracks, all systems and structures in the current infrastructure making a modern and multi-functional passenger servicing complex, which will be connected to the airport passenger terminal. Solutions of Rail Baltica station balancing comfort of passengers – accessibility and architectonic ambitions are created in such a way as to provide passengers with more comfortable access including higher level of comfort and mobility. Rail Baltica station in Riga International Airport will be a new face of Riga International Airport for many decades to come.”

Construction works in Riga International Airport are planned in six phases. Firstly, station building, which is designed in three levels, will be constructed, as well as overpass building structures and access roads with the related infrastructure. These works will be followed by a creation of the building facade, in the solution of which wood has been chosen as the dominating element, thus respecting the traditions of wooden architecture in Latvia, and facade decoration works. Furthermore, mechanical systems will be made, and interior decoration and improvement will take place. These works will be followed by a construction of an overpass between Rīga and Jaunmārupe.

In order to save space, Rail Baltica railway and station in Riga International Airport will be arranged on a railway overpass. In addition, an embankment and 113 m long railway overpass over K. Ulmaņa gatve will be built. The concluding stage will be construction of two railway tracks for Rail Baltica express train to run four times a day and so called shuttle train to run approximately every 30 minutes connecting the airport and Riga Central Station, allowing to get from the airport to the city centre in 8 minutes. Arrangement of the infrastructure will make it also possible to expand freight processing services due to connection of freight railway branch to the airport territory.

International tender is planned to take place in two phases. The first phase will include selection of candidates, which is planned by January 2020. The second phase is planned for the submission of the proposals submitted by the candidates and negotiations to enter into a contract at the end of 2020 and to commence construction works in 2021. According to the current estimates, amount of the procurement could reach 250–280 million euro. This amount will be clarified upon announcement of the second phase.

Just like in the entire Rail Baltica project, funding is to be received for each stage of works separately and will be requested from the EU CEF funds.

“Today’s tender commences preparations for the second construction project within the Rail Baltica project in Latvia. With this tender, one of the most important tasks is to ensure wide participation of local and foreign construction companies to achieve adequate offers based on the current market situation and the scope of the procurement,” says Girts Bramans, RB Rail AS Country Manager Latvia. “Meanwhile other activities in the Rail Baltica project are progressing. Design works in Latvia are ongoing in 123 km from the main line where geotechnical field works have started in November. In addition, procurement of the design services has been announced for the remaining 139 km.”

This project is financed by the European Commission and the Ministry of Transport, implemented by Eiropas Dzelzceļa līnijas and RB Rail JSC. So far, highly qualified infrastructure specialists from European countries cooperated in creating the most up-to-date intermodal centre in the Baltic States: design was developed by the association of suppliers PROSIV (Sintagma (Italy), Prodex (Slovakia), Vektors T (Latvia), IDOM/INECO (Spain)), while global scale Italian company RINA Services S.p.A. verified the railway system by providing conclusion on compliance or the railway systems with the European rail interoperability requirements.

Eiropas Dzelzceļa līnijas is Implementing Body of Rail Baltica project in Latvia. Eiropas Dzelzceļa līnijas performs implementation of Rail Baltica project in Latvia according to the financing contract entered into between INEA (Innovation and Networks Executive Agency) and RB Rail, joint venture of the three Baltic States, which is the managing project coordinator in Latvia, Estonia and Lithuania simultaneously.