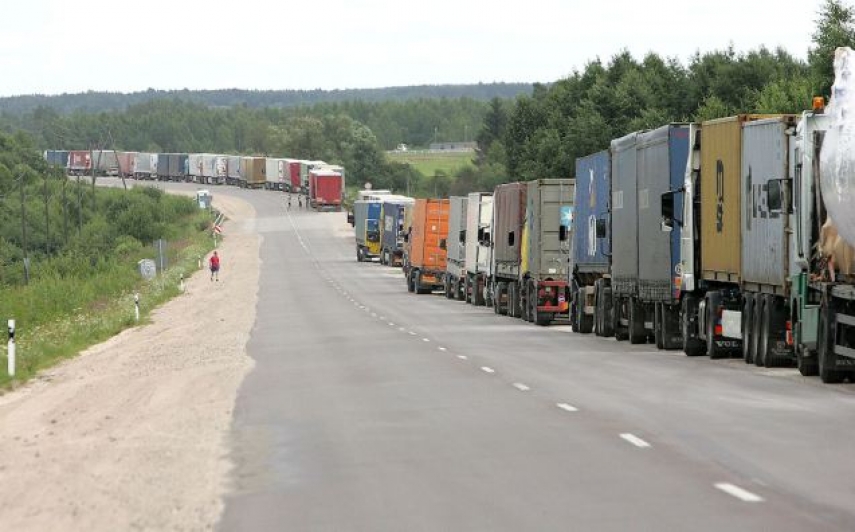 Lorries queue at the Lithuanian-Russian border [Image: Ministry of Transport and Communication of the Republic of Lithuania[

Lithuania's exports to the region of the Commonwealth of Independent States (CIS) last year declined by 158 million euros, largely due to recent geopolitical tensions;  however, at the same time, exports to new markets grew by 176 million euros.

These results were presented by the Lithuanian Confederation of Industrialists. The total losses incurred in the CIS markets were surpassed by 18 million euros by the creation of new export routes to North America and South America, Asia, the Persian Gulf states and Africa.

The confederation's survey reveals that Lithuanian businesses' desire to expand in the CIS and EU countries has been declining. By contrast, the best opportunities are considered to be in Asia: 23 percent of respondents are thinking about expansion in this region.

Taking into account the available statistical information, the Confederation has decided to leave Lithuania's GDP growth forecast for 2015 unchanged.