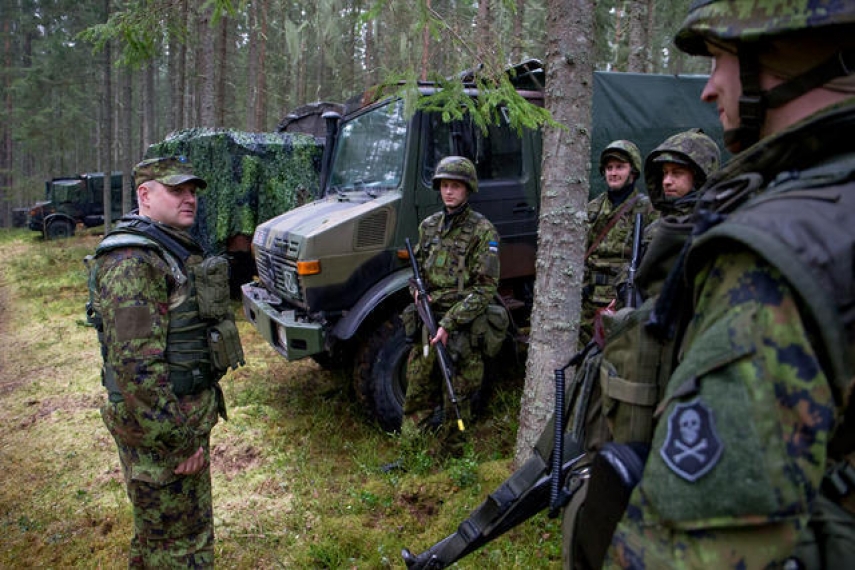 "Siil/Steadfast Javelin, the largest mobilisation exercise ever undertaken by the Estonian Defence Forces, shows how every quill counts. This demonstrates Estonia's efficient defence, which relies on the skills and will to defend of the reservists and Defence League members, the good training of conscripts and the professionalism of active servicemen," said Ilves, who visited the units that were deployed in the exercise in the north-western regions of Lääne-Virumaa and Ida-Virumaa.

The President of the Republic, who is the highest commander of national defence, met with Estonian units and staff officers and with allied forces, members of a Belgian air defence unit and a U.S. tank unit.

"I would like to thank all the reservists who attended the exercise and their employers who have ensured that the participants of Siil/Steadfast Javelin will not be docked wages. I also thank all the locals who allowed the exercise to take part on their land for their assistance and understanding," said the Head of State.

"I saw strength, power and skill; I saw our professional defence force members and their smooth co-operation with our allies – I saw a well-protected Estonia," President Ilves went on.

Siil/Steadfast Javelin began in various locations all over Estonia on Monday last week and will run until Friday (15 May). This is the largest mobilisation exercise that the Estonian Defence Forces have carried out to date. Siil/Steadfast Javelin is taking place instead of the annual Spring Storm and involves over 7,000 reserve force members and 13,000 reservists, conscripts, active servicemen and Allied troops. Reservists play the most important role in making the exercise a success, as they contribute more than half of the participating troops. In total, Siil/Steadfast Javelin has brought more than 60 reservists from 12 foreign countries to Estonia, the largest number of whom arrived from Finland and Sweden.