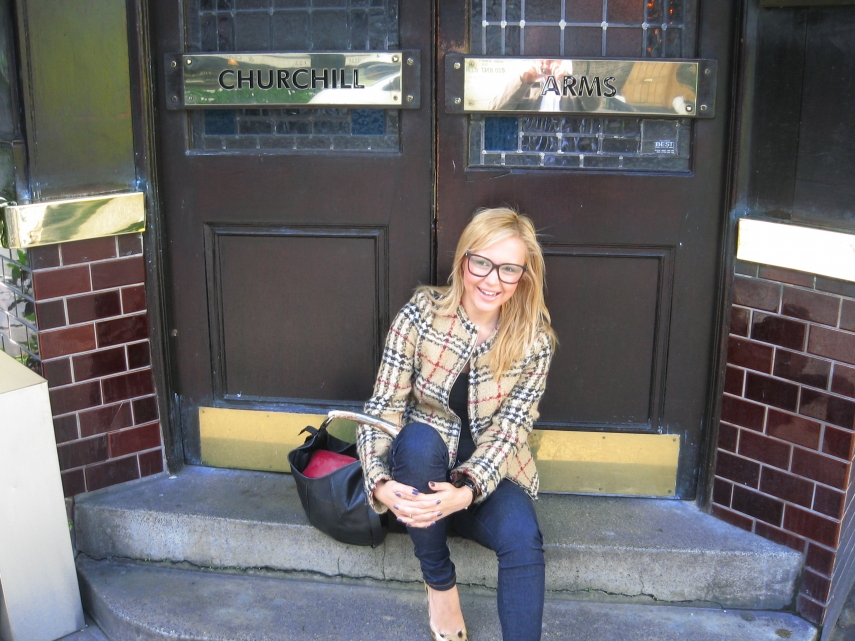 BEHIND BARS: Estonian politician Anna Maria Galojan has been extradited from London to Harku prison in Estonia [Copyright: Paul Halloran]

While Estonians celebrate the anniversary of their independence on Feb. 23, Anna-Maria Galojan will be spending her 33rd birthday in prison.

Galojan was taken from London under police escort on Feb. 19 and straight to the notorious Harku women’s prison in Estonia.  There she will serve a minimum of five months after being convicted of fraud and embezzlement in 2012.  Since that conviction Anna-Maria has been living in the UK, fighting the European Extradition Warrant issued by the Ministry of Justice in Estonia to have her returned.

Her removal from the UK was little short of scandalous.  She had exhausted all avenues of appeal and was due to report for deportation on the Feb. 19 at Heathrow — instead she was arrested the day before in Clapham, south London under the spurious and false assertion that she had breached her bail conditions.

She was remanded in custody at Holloway women’s prison in north London and deported the next day. So in fact she did not have the opportunity for voluntary surrender and there is no credible evidence that she would not have done so if allowed to.

But the background is intriguing: Galojan was a political activist and member of the Reform Party, the current governing party of Estonia. She fell foul of the leaders when she started exposing corruption and bribery when she became the Director of the European Estonian Movement.  She was warned to keep her head down and her mouth shut but she did not.

And in the fine Soviet tradition, she was then denounced in the press, subsequently charged with fraud of around 60,000 euros and duly convicted in 2012.  She was not permitted to call any witnesses in her defence trial in Tallinn.

In her book, "How I Lost a Million", a bestseller in Estonia, she exposed the corruption in her former party, naming three former Ministers of Justice as taking or receiving bribes. She was never sued for these revelations and never will be. The current Minister of Justice wanted to be involved in a business venture with her some years earlier but was thwarted when he asked for a pay off in excess of one million euros!

She has always asserted that her trial and conviction was political and evidence abounds to support this. So why has it taken them so long and taken so much effort to pursue a young woman who has been fighting for her principles and freedom since she was first charged at the age of twenty-four, some nine years ago. The answer has to be: endemic corruption within the Reform Party and spite. The rulers of the Reform Party government and their coalition lackeys are all former Soviet Commissars, so the Party can never be wrong and the transgressors who fall foul of the party are punished.

In the case of Anna-Maria they have replaced the Gulag with Harku Women’s prison!  And this is her punishment.

The spies who predicted COVID-19

The victor who lost the USSR

Cushioning the poor from the COVID-19 shock

Taiwan’s Representative: Support for our meaningful participation in WHO is increasing

Korea and Latvia on the frontline of COVID19