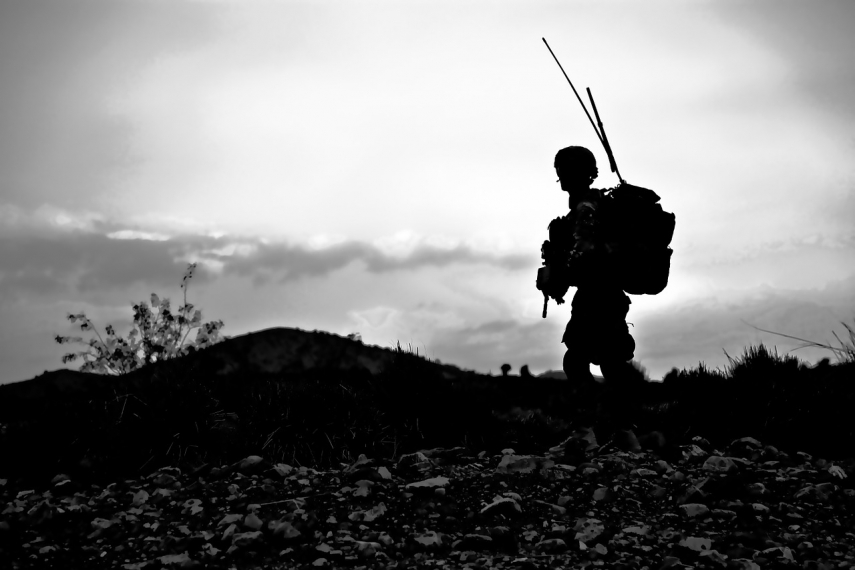 "Regarding the number of troops involved, I don’t talk about that. The number is pretty high. It is much higher than border protection assistance of any other institution. These are hundreds of troops who are now involved, helping to protect the border," the minister told journalists at the presidential office on Tuesday.

On Tuesday, President Gitanas Nauseda met with the defense minister and Chief of Defense Valdemaras Rupsys to discuss legal amendments aimed at enabling the army to resolve the migration crisis under the existing extreme situation in the country.

The proposed amendments would give troops the right to give orders to natural persons, persecute and detain people. In other words, troops could perform functions of border guards.

Anusauskas hopes potential provocation could be avoided amid preparations by Russia and Belarus for the large-scale army drills Zapad.

"The drills are taking place further from the Lithuanian border. I don’t see any suggestions that additional capabilities might be deployed on the Belarusian side. We hope to avid armed provocations," Anusauskas said.

Nevertheless, he added, "the army stands ready for any developments".

In case of an armed provocation, "another legal regime would come into play", the minister pointed out.

Meanwhile, Chief of Defense Valdemaras Rupsys says wider involvement of the army will depend on the defense minister's decision.

"As chief of defense, I will submit recommendations on how much assistance we can provide to interior system structure. (…) Clearly, we need to maintain the position that the Lithuanian army's military readiness and capability cannot suffer as we need to stand ready to perform our main function of armed defense," he said, adding that the army won’t need to start using its military personnel reserve.

A state-level extreme situation is now in place in Lithuania.