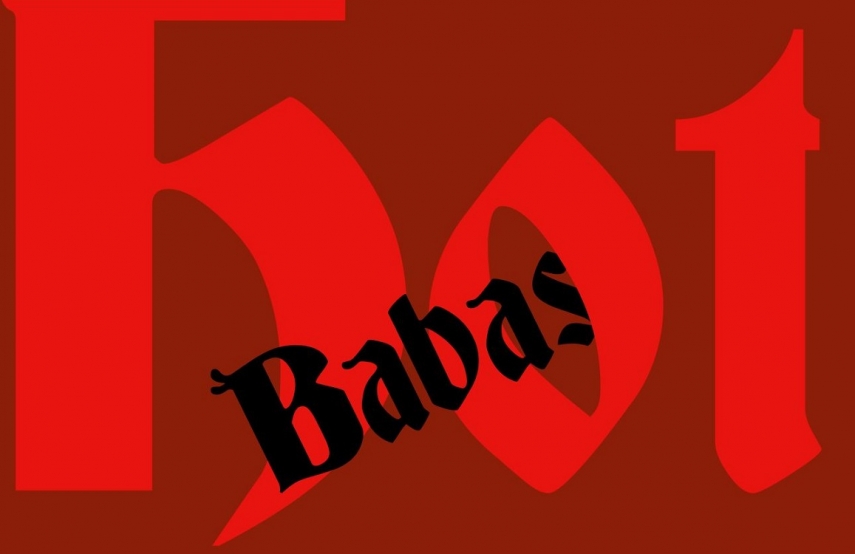 Hot Babas, a personal exhibition by Ieva Kraule-Kūna will be on view in the Creative Studio of the ARSENĀLS Exhibition Hall of the Latvian National Museum of Art in Riga (Torņa iela 1, 2nd floor) from 13 December 2019 to 23 February 2020.

The story of this exhibition begins in the 17th century in the caves of Creswell Crags in Great Britain, when local residents started to make systematic scratchings in the walls of the cave, trying to protect themselves from witches. No evidence survived about the exact reasons of this collective fear about the presence of black magic in the cave system, but the scratchings left in stone remain as a warning to future generations. A warning about witches – evil, ugly witches. Yet who is this scary hag, who is this Baba with a crooked nose who lives in the house with chicken’s legs, can fly on a broom, eats children, robs cows of their milk, summons hail and storm?

The story continues in Gutmanis Cave in Latvia, the oldest engravings in whose walls also date back to around the 17th century, yet their content is much more mundane – just the names of visitors and years, and often teenish expressions of love. Trivial, although that may only be an appearance. A wolf in sheep’s clothes and the naive “Vanya + Tanya = <3” may also be a spell to cast away free thinking in women? First, there are initials in the wall of the cave (or the bark of the tree), then there is the ring around the finger and the padlocks on seven bridges, and then what dancing naked under the moonlight, what Sabbath, when the child is teething?

Ieva Kraule is co-founder and curator of Gallery 427, or Four To Seven (Riga). Artist is also the recipient of the kim? Residency Award in 2017, when she spent three months in a residency in Gasworks, London.