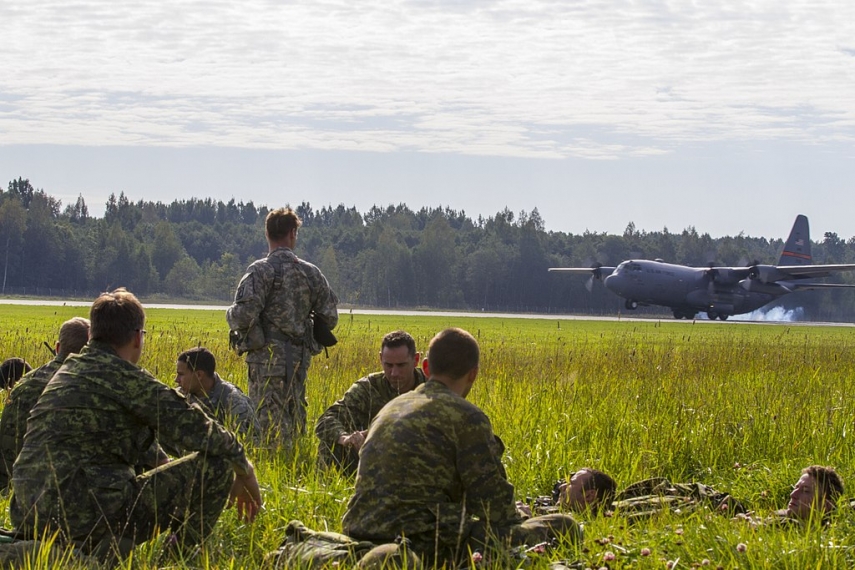 Skvernelis on Friday joined other members of his Cabinet in an exercise that simulated the state's readiness for the arrival of a large number of allied troops in Lithuania's territory.

"There are gaps in the legal regulation or ambiguities, or uncertainties," the prime minister told reporters.

"This exercise showed in a real-life situation how the government should act and what homework remains to be done to make sure that are no discussions from a legal point of view," he added.

The drills for the ministers were divided into four scenarios involving a heightened security situation and the need to receive allied forces.

The ministers trained to use infrastructure and reserve funds for hosting allied troops.

It was looked at how quickly the government can deal with issues such as the use of land for the deployment of troops or supplying them with fuel.

Defense Minister Raimundas Karoblis said the excise showed that "the state is capable of adopting political decisions", but there are problems in dealing with hybrid threats when martial law is not declared.

"The annexation of the Crimea and aggression in Eastern Ukraine showed that such hybrid situations do occur and they need to be dealt with in unconventional ways," the minister said.

"The gaps showed that perhaps we need to prepare in advance, which is what we are actually doing by reviewing both the mobilization process and the host country process, and touching on the crisis management mechanism," he said.

The detailed results of the exercise are to be presented to the government by July.