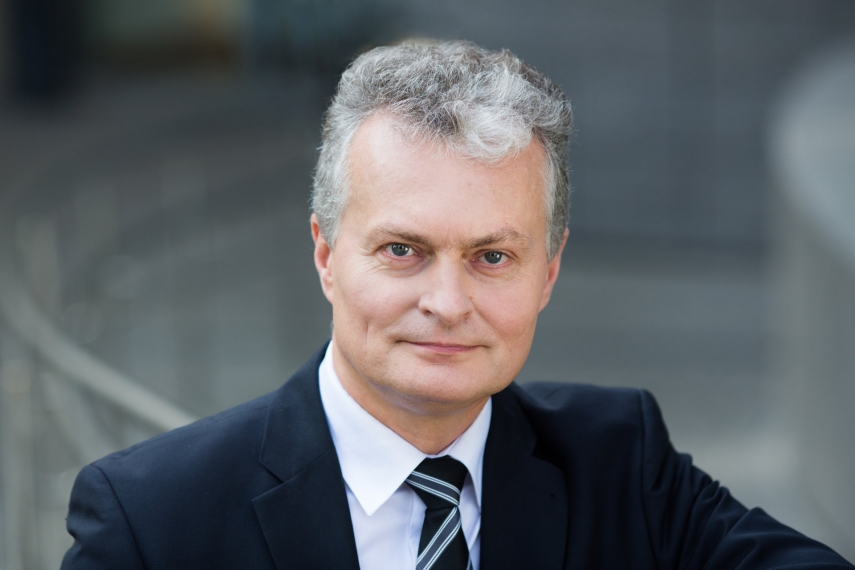 "The issue of social exclusion is becoming a matter of the state's integrity or social peace. If we do nothing in this area, we will not only lose people to emigration but will also have a difficult social climate," Nauseda told journalists.

He also said he missed attention to social exclusion and education problems in outgoing President Dalia Grybauskaite's State of the Nation Address yesterday.

According to Nauseda, the government's plans to raise the non-taxable income rate fast might undermine the implementation of social policy goals, therefore, the planned tempo might have to be slowed.

"It might happen so that we might need to choose in this case whether to implement these measures that are planned on child benefits and other things, and perhaps when also considering the non-taxable income rate, not necessarily to halt but to slow the increase, or we just leave the tax reform situation the way it is and refrain from any more significant push in the social policy area," the elected president said.

Nauseda says it's also worth considering improving progressive taxes but just raising the existing rates or introducing new ones is not enough.

"Further improvement of the progressive tax system is not taboo. I am just slightly worried by proposals that we just need to introduce more rates and raise those top rates. To tell the truth, doing such a thing in the existing situation means doing nothing as the existing 27 percent rate now applies to such a small and disappearing group of people that it in fact does not allow speaking about the existence of a progressive tax system in Lithuania de facto," Nauseda said.

In his words, in this context, it would be better to cut the income threshold from which a higher tax rate applies, and progressive tax rates should apply to all income, not only to labor-related income.

"To go back to the principle that different rates apply not to income by origin but to income by size. For those who earn more to contribute to state affairs, and it's not so important what are their sources of income. To avoid a situation when people who perhaps receive income not in the form of labor income, but in other forms, and for some hardly understandable reason pay less tax than a person who works full day and work the whole life," Nauseda said.

The European Commission has said recently that income inequality in Lithuania is among the highest in the European Union, with older people, disabled people and single-parent families mainly suffering from poverty.

Brussels also praised the Lithuanian government for the introduction of a child benefit, the increase of certain social payouts, adding, however, that the progress is limited.

Experts say problems, first of all, arise because of small social policy funding. The European Commission says the tax base could be expanded by probably introducing car pollution and real estate taxes and also introducing a more progressive tax system.