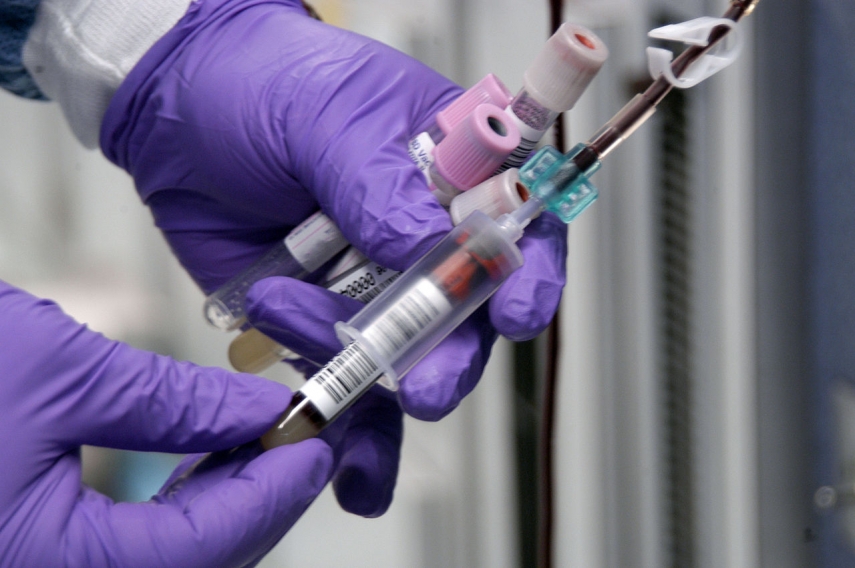 RIGA - Hepatitis C has not been discovered in any of the blood samples of 25 donors who were tested positive for hepatitis C in the past year by the State Blood Donor Center, still in five cases antibodies were found, suggesting the possible presence of the virus, said Health Ministry’s representative Oskars Sneiders.

As reported, in mid-December 2016 it was announced that thanks to recently obtained modern equipment, the Blood Donor Center had discovered 25 carriers of hepatitis C among its blood donors. This, in turn, caused fears that some of the blood components that had been sent to hospitals might be infected and that some patients might have received hepatitis C through blood transfusions, the center’s head Iveta Ozolina reported. The State Blood Donor Center has sent out nearly 200 letters to hospitals with a warning that patients might have received blood donated by a person who is thought to have hepatitis C.

Sneiders said that the Latvian Infectology Center now tested all blood samples, and none of the 25 donor samples showed the presence of hepatitis C, while in some cases antibodies were found. According to infectologists, this suggests that people had once been in contact with the virus, and this blood should be tested in more detail.

Sneiders said that the Latvian Center for Disease Prevention and Control (SPKC) has been informed in these five cases. He also said that Blood Donor Center had reported to hospitals about its suspicions, assuming that the worst situation has happened.

Company Abott GmbH&Co KG has also turned to the Health Ministry, saying that Ozolina has released information to the media in a way that discredits the company’s reputation. Abott systems are used in the majority of European countries and the US for donor blood and plasma screenings, ensuring accurate results.

As reported, Latvian Health Minister Anda Caksa has suspended State Blood Donor Center director Iveta Ozolina from her position in relation to a disciplinary case launched against her for possible negligence of her duties.

Caksa said in an interview with commercial LNT television earlier that there have been breaches also before in relation to the quality of the work of the Blood Donor Center, but nothing has been done to improve the situation. She did not name any responsible persons yet before the situation has been investigated.