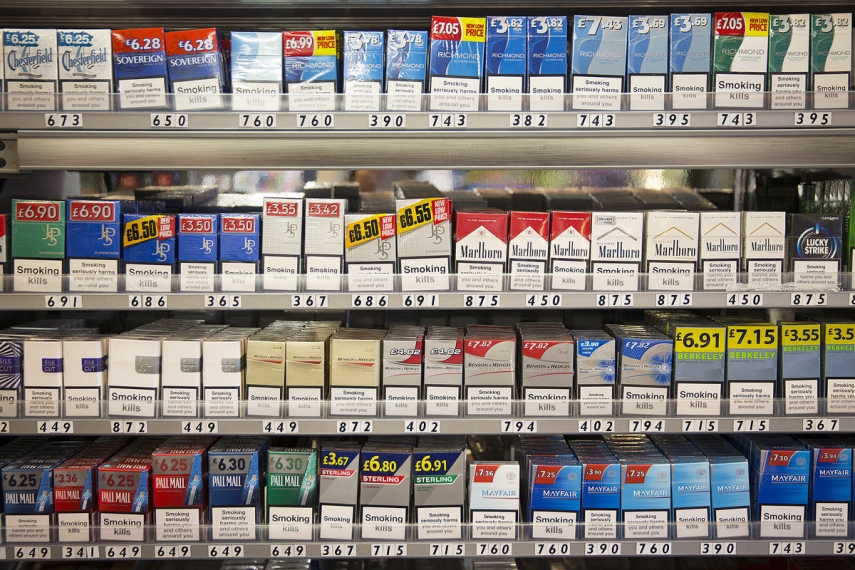 The Latvian Health Ministry has proposed banning tobacco products from being on clear display to buyers in shops.

Should the proposal be passed, tobacco products will be located away from view, meaning the buyer will have to ask the cashier for their purchase. The Health Ministry has also advocated banning tobacco products with high levels of tar and nicotine.

Aija Bukova-Zideluna, a spokesperson for the Health Ministry, said the proposal was put forward as a method of introducing the directive passed by the European Parliament on the sale of tobacco products in March 2015.

Furthermore, the ministry has suggested it would like images of the harmful effects of tobacco on the body to feature on packets. It also called for the ban of selling cigarettes in smaller 10 packs. In the Baltic States, these are only available in Latvia and Estonia.

Since 2010 smoking has been banned inside bars and restaurants. Should the proposal be passed, outside smoking areas will also be prohibited in order to reduce the effects of second hand smoke.

The Health Ministry pointed out the results regulations restricting the use and sale of tobacco products in Latvia have had on users under the legal 18 years of age: between 2011 to 2014, the number of underage male smokers between 13 and 15-years old dropped from 39.4 percent to 25.3; among females, the number dropped from 41.4 percent to 23.9 over the same three year period.