Harmony most popular political party in Latvia in June 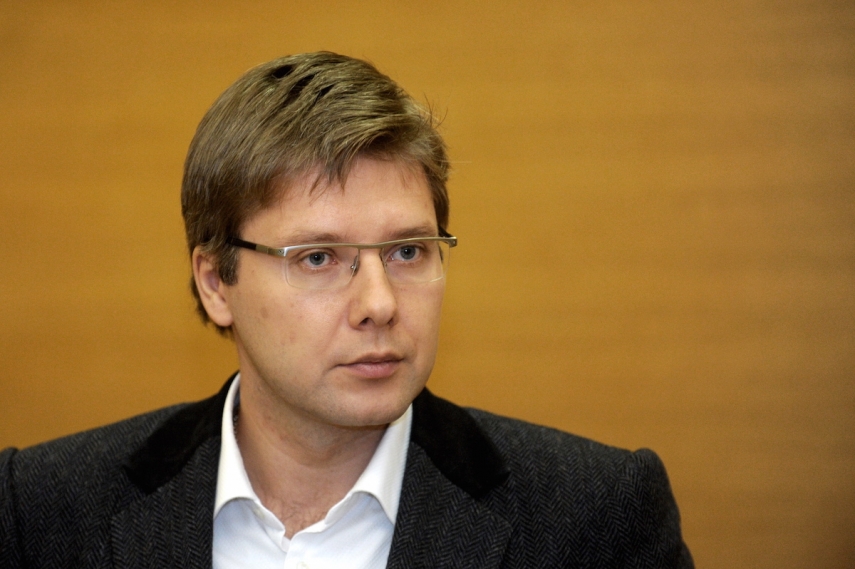 The Harmony party, headed by Nils Uzakovs, was the most popular political party in Latvia in June [Image: diena.lv]

With June 2015 coming to an end, Latvian state television reported the latest data from Latvijas Fakti indicates the centre-left Harmony party, is the most popular political party in Latvia this month.

When asked, 21.4 percent of respondents told Latvijas Fakti they would vote for Harmony, headed by Riga Mayor Nils Uzakovs, should parliamentary elections have been held in Latvia in June.

The Union of Greens and Farmers obtained 15 percent of the vote, while the National Alliance* obtained 8.8 percent.

Unity received 8.7 percent, while the Alliance of Regions of Latvia, For Latvia From The Heart obtained 5.2 and 3.2 percent respectively.

Of all the parties, Unity felt the biggest decrease. In May 2015, 11.8 percent of respondents said they would have voted for the liberal-conservative party.

However, all parties excluding Harmony and the Union of Greens and Farmers experienced a significant drop in popularity between May and June.

Harmony’s ratings rose from 20 percent, while the Union of Greens and Farmers increased from 12.8 percent.

Meanwhile, the National Alliance dropped from 8.7 percent, the Alliance of Regions from 6.4 percent, and For Latvia From The Heart, from 3.3 percent.

*All For Latvia - For Fatherland And Freedom/LNNK party