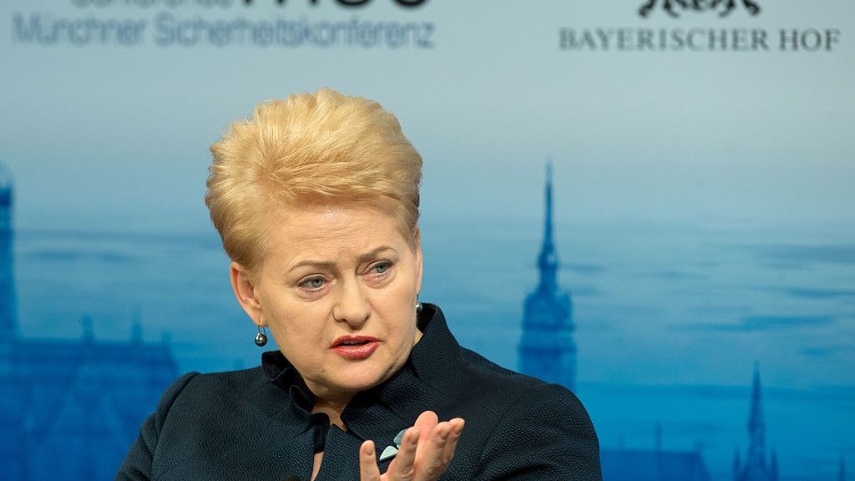 According to the survey conducted in January, Grybauskaite is favored by 65.8 percent of respondents and disliked by 18.7 percent.

Another 19 percent of those polled see her as the best representative of their interests, just ahead of Prime Minister Saulius Skvernelis (8.7 pct).

Matijosaitis, the mayor of Lithuania's second-largest city, is preferred by 55.8 percent of those polled and disliked by 13.5 percent. He was listed as the best representative of interests by 5.4 percent of respondents.

The prime minister ranks third with likes of 51.2 percent and dislikes of 26 percent of those polled, with the figures virtually unchanged from December.

Ratings of Lithuania's Foreign Minister Linas Linkevicius also remain stable – he is favored by 48.2 percent of respondents and disliked by 15.9 percent.

The popularity of Parliamentary Speaker Viktoras Pranckietis dropped by 5 points to 42 percent since December.

The poll was carried out by Vilmorus company for Lietuvos Rytas daily on Jan. 12-21.