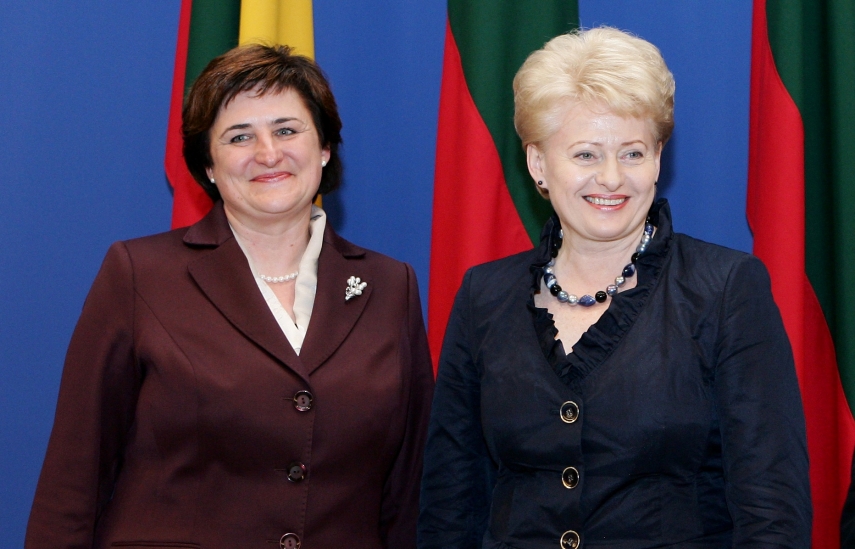 May 29 saw Lithuanian president Dalia Grybauskaite meet with officials in the sixth Interparliamentary Assembly of Lithuania, Poland and Ukraine. The meeting is intended to increase interparliamentary cooperation between the three countries.

Grybauskaite underlined Lithuania and Poland are among the strongest advocates of Ukraine’s European integration programme, and are ready to provide any necessary support the country needs.

She also stressed the European Union’s commitment to Ukraine and its other Eastern Partners, as they implement democratic reforms and seek European integration.

“Today we all share the same objective,” she said. “To ensure the safety and well-being of our people."

During the meeting, the President and the three parliamentary speakers discussed the outcome of the Eastern Partnership summit, which took place in Riga on May 21-22 2015.

“We have a common understanding of the geopolitical situation and threats to our region, and the closer our cooperation is at all levels, the more secure and stable our region will be.”

The President also emphasised the importance of Ukraine continuing with its democratic reforms, and advised it should meet the recommendations of the European Commission to secure visa-free travel with the EU.

According to Grybauskaite, Lithuania, Poland and Ukraine already have examples of successful trilateral collaboration, and pointed to the Lithuanian-Polish-Ukrainain military brigade, which was formed in September 2014, as an example.

During the meeting, further views were exchanged surrounding the possibilities to strengthen three-way cooperation and improve the security situation in the region.

According to the Lithuanian head of state, it is important for all three countries to pool their efforts in order to counter Kremlin propaganda, and actively cooperate in international organisations and with parliaments from countries.