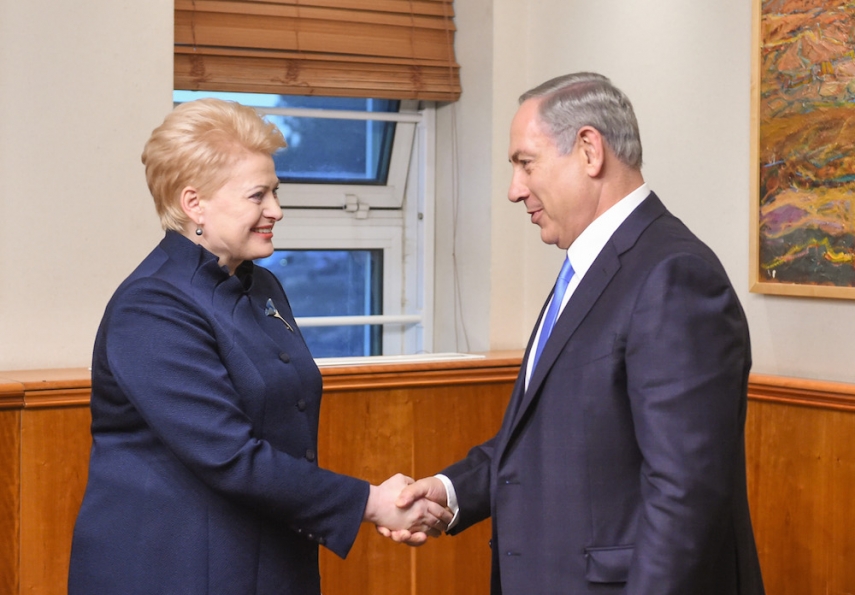 Following the meeting, Grybauskaite said, “Israel is willing to help Lithuania directly in the field of security, by way of training our Armed Forces, in cyber security and even by organising a training course for our security forces.

She also emphasised that Europe should be more active in its efforts to help regulate the Israel-Palestine conflict.

"The developments in this region have had a major effect upon Europe and the migration crisis,” said Grybauskaite in a comment issued by her press service.

“If things are not done correctly here, and peace in this region is not achieved – not only between Palestine and Israel but also between Syria and other countries such as Egypt – it is clear that migration from Africa and this region will hit Europe.

“Therefore, Europe should be more active.”

Grybauskaite added she had invited Netanyahu to come to Vilnius and he "kindly accepted” the invitation.