Grabbing Britons’ attention for Lithuanian fiction is now easier than ever 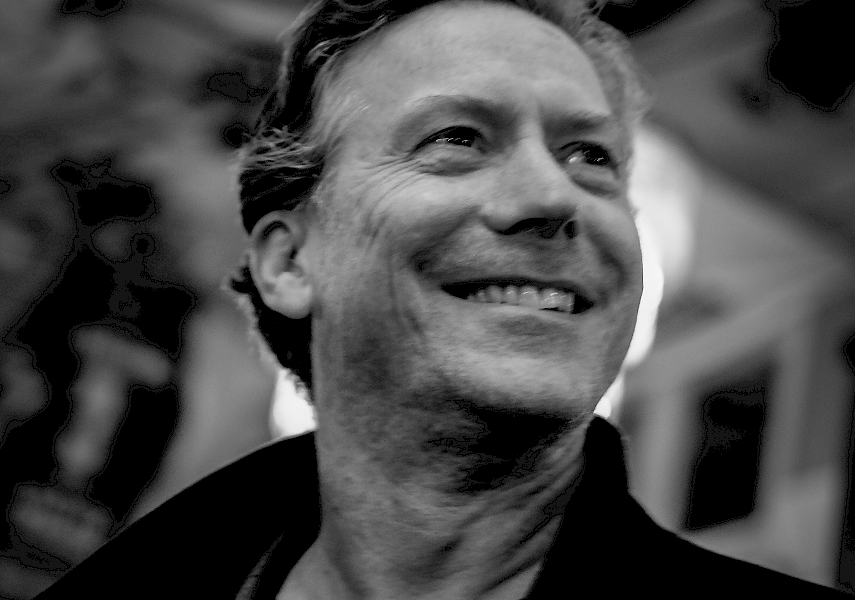 Stephan Collishaw, a British novelist and editor at Noir Press.

Some people, with no ancestral roots in Lithuania, just happen to fall in love with the country and furthermore: turn into its envoys. Stephan Collishaw, a British novelist and editor at Noir Press, aims to wade into nearly-charted waters: to introduce the most exciting new Lithuanian writing to an English-reading audience. “Currently Lithuanian literature is unexplored territory for the English reader. It is terra incognita,” he told The Baltic Times. The breakthrough could be just around the corner with Stephan preparing to introduce British readers the Lithuanian novel “Breathing into Marble” (Kvepavimas i marmura) by an aspiring Lithuanian novelist, Laura Sintija Cerniauskaite. The translation is due out on Dec. 6.
How did you get interested in contemporary Lithuanian literature?
I first moved to Lithuania in 1995. It was a bit of a whim, I had no real knowledge or understanding of the place, but a friend offered me an apartment to live in and I had a novel to write and it seemed like the perfect opportunity. I lived there for a year, through a very cold winter and six months of snow. And I fell in love: with Lithuania and with a Lithuanian. Being married to a Lithuanian, with Lithuanian step-daughters, I had to learn some Lithuanian. I also became immersed in Lithuanian culture.

Later on, we moved together as a family to live in Palma de Mallorca. As my wife’s work as a language tutor mainly happened in the evening, I got to look after the girls pretty much on my own for the first year together. The poor girls had their bedtime stories read to them in broken, heavily accented Lithuanian and our conversations around the dinner table must have been hilarious to anybody listening from the side. I did learn some key phrases like “don’t pick your nose” and “stop shouting” pretty early on.
I still come to Lithuania a couple of times a year, every year, and have a lot to do with the Lithuanian community in England.

Some Lithuanian authors’ novels are already available for British readers...
Indeed, there are some other Lithuanian novelists like Jurga Ivanauskaite, Ricardas Gavelis and Jurgis Kuncinas whose works are available in English and generating some interest, but all these writers are dead … The early Millennium was obviously not a good time for Lithuanian literature...

As far as I am aware, “Breathing into Marble,” which Noir Press publishes on Dec. 6, will be the only novel by a living Lithuanian novelist to be in print in English. (Andrius B. Tapinas’ steam punk novel, “Hour of the Wolf,” is available as an ebook). I am myself a novelist, and novels are my passion and interest and so, perhaps inevitably, it’s Lithuanian novels that I want to read.

I’m really keen to see there being some dialogue between contemporary Lithuanian literature and the English speaking world, and that is what Noir Press is attempting to do. The mission of the press is to publish over the next three years 10 contemporary novels as a showcase of what contemporary Lithuanian fiction looks like. “Breathing into Marble” is an excellent place to start, not only because it was the winner of the 2009 European Union Prize for Literature, but because it is the kind of novel I enjoy reading. It is dark, poetic with a really interesting central character.

What do you find fascinating about her writing?
Cerniauskaite is an accomplished writer, but she is also quite a daring writer. You really get the feeling of her emotional involvement in the novel, a kind of raw, poetic energy that is very engaging. The novel focuses on a woman’s involvement with three men, her father, her partner, and an adopted son, Ilya. Each of these relationships is difficult and in some ways broken and ends badly. I was fascinated by the character she creates. The novel covers a range of issues from sexual abuse, adoption, divorce, and murder. The latter is always an attention-grabber ... Marija Marcinkute made an excellent job of Laura’s book’s translation.

How do you make your book stand out in that crowd?

According to Nielsen Book who researched sales in physical books in England in 2015, the average literary fiction title sold 263 copies, while the average translated fiction title sold 531 copies. Those averages inevitably mask the fact that the majority of those titles were actually written by a small handful of writers, like Nesbo and the Italian phenomenon Elena Ferrante, while the other titles sold a lot less than that.
I believe that there is a real opportunity to develop an interest in Lithuanian fiction, perhaps now more than ever. Little is known about Lithuania or its writers, so there is a genuine interest as to what writing is being produced in the country. Unfortunately the geopolitical state of the world has once more thrown the Baltic States into the international limelight, and news coverage of the tiny Baltic countries internationally has never been greater.
I also think that there has been a change in the literary style in Lithuanian writing. It is more diffuse than before and is not as political as it has been previously. For a reader outside the country, that is useful.
What makes Cerniauskiate’s novel marketable is that she does not write about what it means to be a Lithuanian, but what it is to be a woman. What it is to be a daughter, a mother, a wife. What it is like to be abused, and interestingly, how you can get drawn into abusive behaviour. Plus it’s a compelling narrative, as I said.

What Lithuanian contemporary authors do you work with? How many Lithuanian authors’ book titles do you have to sift through before you find a jewel?
We are in negotiations with a couple of publishing houses currently about the next titles we want to publish. We have a huge stack of novels piled up which we argue over regularly. What is wonderful is that there are a lot of interesting writers producing inventive, entertaining, and diverse novels.

Do you work with Latvian and Estonian contemporary writers, too?
Quite frankly, as a reader, I think that the business notion of producing a small box set of contemporary writing from different countries is a great one. I am really not a fan of compilation books like “The Dedalus Book of Lithuanian Literature,” or their other titles. I don’t want to read an excerpt from a novel; I want to read a novel. Unfortunately, unless you are wanting to explore French fiction, or Italian fiction, you are probably not going to find more than one or two titles representing smaller, or more “exotic” languages. And this is a real shame.

Tell a little bit about the upcoming presentation of “Breathing into Marble” (Kvepavimas i marmura)...
“Breathing into Marble” launches in Nottingham at Writer’s Studio on Dec. 6. Nottingham has a vibrant literary scene; there are a lot of novelists and poets living here and there is a real interest in literature. It recently became a UNESCO city of literature, which we will be tapping into. There will also be a launch at the Lithuanian embassy in London in the new year, and I am hoping that we will be putting on a party in Lithuania in March. There will then follow a number of readings and events across the country at shops and festivals and libraries.

You’re a novelist, too. Can you talk a little about that?
I am a novelist, yes. My first novel, “The Last Girl,” was about a Lithuanian poet and his love affair with a young Jewish girl at the beginning of the Second World War. My second novel “Amber” was also partly set in Lithuania. Its protagonist is a young orphan called up into the army who goes to serve in Afghanistan. It was a novel about brutality, and how the brutalised become brutal in turn. It was also a love story and a thriller. My new novel comes out in March 2017, published by Legend Press. It’s called “The Song of the Stork” and it’s a coming of age tale. It tells the story of Yael, a young Jewish girl who falls in love with a mute Russian.

As a novelist I write historical fiction, and I do like to read historical fiction, but it in no way dictates either my own reading matter or what we are necessarily interested in when it comes to Noir Press. I like well-written stories. I like a story that is going to grip me, that is going to involve me and transport me from this world into theirs. I do like dark novels. I also like crime. At the moment Lithuania seems to be almost entirely lacking a crime writing fraternity and that is a shame.