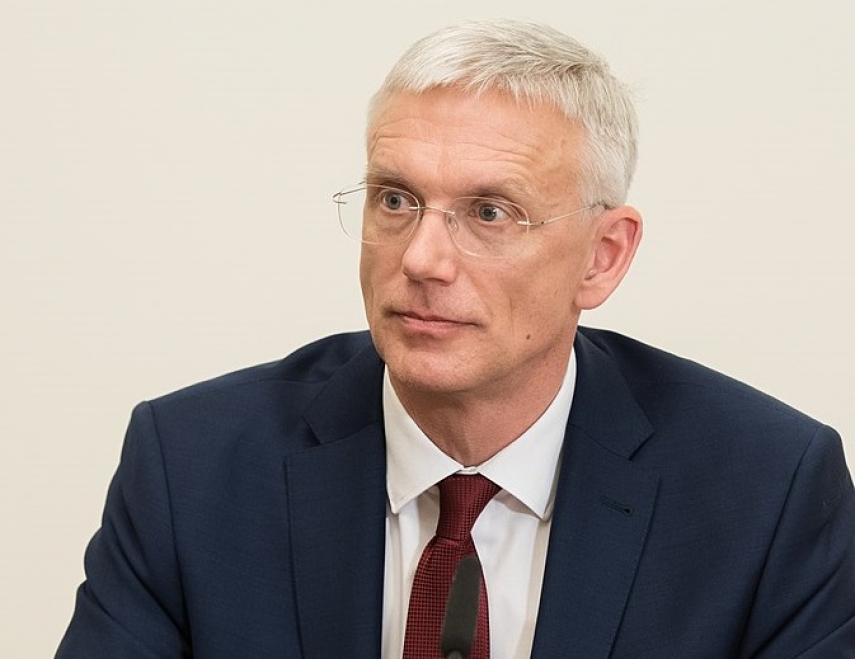 RIGA - Both the government and coalition are generally stable, Prime Minister Krisjanis Karins (New Unity) said in an interview to Latvian Television this morning.

Commenting the no-confidence motion tabled by several opposition Saeima members and dissenters from KPV LV, the prime minister said that the opposition and the government are each doing their job.

Asked if he considered some KPV LV members’ decision to join the petition normal, Karins said he would not comment on what is and what is not normal. “At any rate, both the government and coalition are generally stable in my opinion,” the premier said.

As reported, the opposition and several KPV LV lawmakers have filed a petition with Saeima demanding Karins’ resignation.

The proposal was initiated by the controversial MP Aldis Gobzems, who has been expelled from the KPV LV party. KPV LV's ''internal opposition'' MPs Karina Sprude and Linda Liepina have also signed the proposal, as has MP Uldis Augulis (Greens/Farmers), independent Julija Stepanenko and several Harmony MPs, according to Gobzems.

Gobzems has informed via social media that the reason for him calling for Karins' resignation is the situation surrounding the lifting of the mandatory procurement component. ''Saeima's decisions must be implemented. And in time, instead of whenever one likes,'' Gobzems said.

According to the law, a minister may be asked to step down if no less than 10 MPs sign a petition calling for the minister's resignation.

Earlier, Saeima ordered the Economics Ministry to analyze possibilities of abolishing the MPC system as of March 31, but based on the ministry’s information, a rapid abolition of the MPC system might leave a negative impact on the economy, so the government decided not to ask Saeima to vote on scrapping the MPC by the March 31 deadline.