Gobzems offers New Conservative Party most ministerial posts, but on condition it agrees to join government with Greens/Farmers 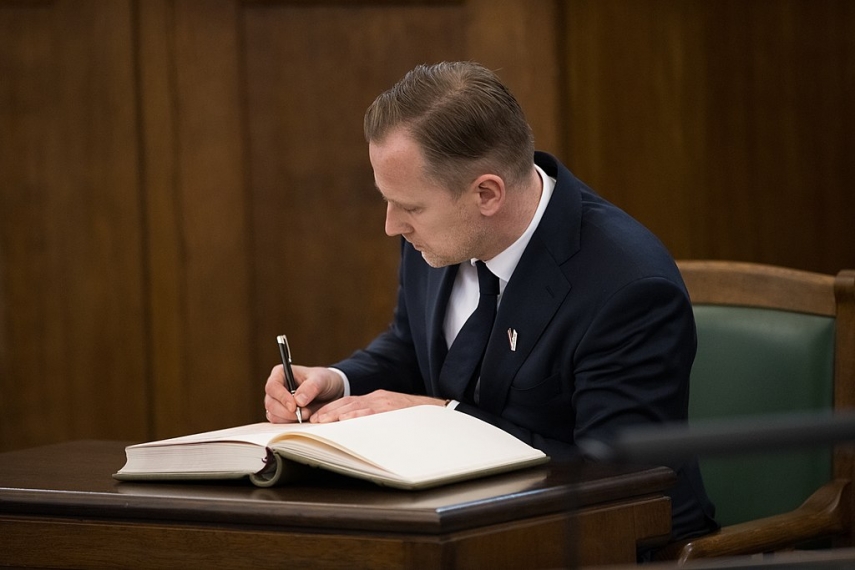 RIGA - The president's nominated prime minister candidate Aldis Gobzems (KPV LV) has offered the New Conservative Party the greatest number of ministerial posts in the next government, but only on condition it agrees to join a government with the Union of Greens and Farmers, according to information obtained by LETA.

The Union of Greens and Farmers and New Unity will be allocated two ministerial posts in the next government, according to Gobzems - Edgars Tavars or Raimonds Krauze could head the Agriculture Minister, while Raimonds Bergmanis - the Defense Ministry. Meanwhile, Edgars Rinkevics from New Unity would stay on as foreign minister, and Janis Reirs would serve as economy minister.

KPV LV also wishes to replace Martins Bondars (For Development/For) as the chairman of the Saeima Budget Committee and replace him with MP Atis Zakatistovs (KPV LV), who is involved in a illegal party financing scandal.

KPV LV also wishes to For Development/For representative Marija Golubeva from the Saeima Presidium and replace her with MP Artuss Kaimins (KPV LV), who too is involved in the same illegal party financing scandal. Kaimins would also become deputy Saeima speaker.

As Gobzems told members of the press today, he presented the above mentioned government model to the five remaining parties involved in the government formation process. He said that he hopes to discuss this model during bilateral talks with each of the parties.