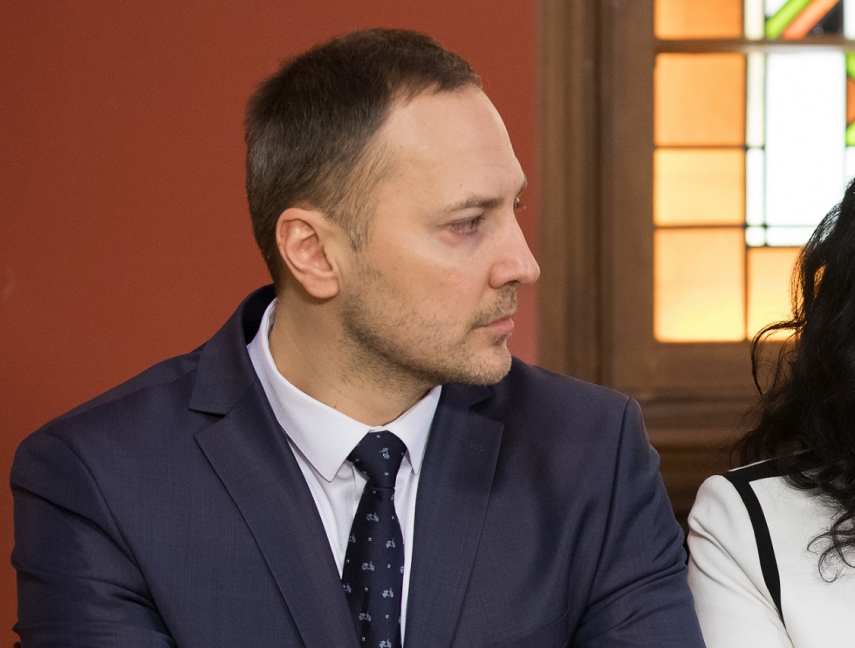 RIGA - Europe is currently on the eve of a possible migration crisis, while Latvia is ready to send an additional mobile video surveillance unit and crew to Greece to strengthen its borders, Interior Minister Sandis Girgens (KPV LV) points out.

"Europe is on the eve of a potential migration crisis. Latvia and the Baltic States as a whole are a paradise against the backdrop of global and European security risks: illegal immigration, terrorist threats. It is no longer a secret that there is a wave of refugees from the Middle East and Africa to Europe, which include militants among them from the terrorist organization Daesh," the minister points out.

Girgens believes that the Latvian people, the parliament and the government should appreciate the selfless work of home affairs personnel and find solutions to strengthen the capacity of law enforcement, security, migration authorities and support staff.

The minister notes that the capacity of the interior system is insufficient to protect the interests of the Latvian population on two fronts - national and European. Activities carried out by Frontex, the European Union (EU) Border Guard Agency, in Greece at the moment include 26 State Border Guard officers, two State Police officers, two service dogs, a boat, a speedboat and two rental off-road vehicles. In addition to the existing Latvian contingent to Frontex, Latvia is ready to support Greece by sending an additional mobile video surveillance unit and crew to strengthen border protection.

"I express my gratitude to all the members of the interior system who are selflessly working for the border security of Latvia and Europe," the minister said.

The AFP news agency reports that EU members on Wednesday rejected what they said is Turkey's use of desperate migrants to pressure its neighbours -- and strongly backed Greece's border crackdown.

In a statement agreed by European interior ministers meeting in Brussels, the 27 capitals said the "situation at the EU's external borders is not acceptable".

Earlier, Turkish president Recep Tayyip Erdogan's government had denied that it was using the threat of a wave of migrants to "blackmail" the EU.

But the EU statement said the bloc "strongly rejects Turkey's use of migratory pressure for political purposes".

Ankara wants Brussels to step up support for the 3.7 million refugees and migrants that Turkey is already hosting, and back Turkey in its increasingly intense confrontation with the Syrian regime.

But EU members insist Turkey must stick to a previous deal in which Brussels agreed to pay billions of euros in exchange for Turkey preventing refugees and migrants from crossing to Greece.

"Illegal crossings will not be tolerated," the EU statement said.