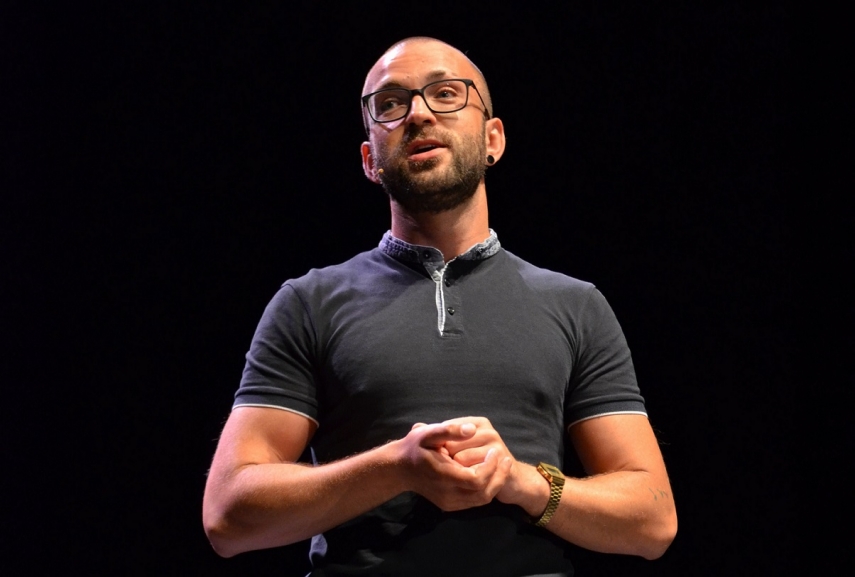 VILNIUS - Tomas Vytautas Raskevicius, a homosexual activist elected as a member of the City Council of Vilnius, plans to take steps to make the Lithuanian capital more friendly to the lesbian, gay, bisexual and transgender (LGBT) community.

"Given that a culture of bans now prevails in Lithuania, it's absolutely clear that nothing is going to change in national policies regarding LGTB people's rights. Thus, everything has to be done through those soft measures of impact, and at the municipal level, a lot of practical things can be done," he told BNS on Wednesday.

The 30-year-old ran for councilor as a member of a public election committee led by Remigijus Simasius, who is seeking a second term as Vilnius mayor, and actively raised the LGTB community's issues during the campaign.

Raskevicius received 2,894 votes, coming in at number eleven on the committee's list, slightly down from number nine on the pre-election list.

The newly-elected councilor said he will seek that LGBT needs be taken into account when the city will update its programs for combating bullying in schools, preventing suicides and improving psychological assistance.

"We are speaking about the (gay) parade, the rainbow-colored pedestrian crossing, and the Town Hall illuminated in the colors of the rainbow," he said.

"I believe the seat on the council will be an excellent platform for speaking loudly about these issues, and by creating a good atmosphere in the city of Vilnius, we'll be able to contribute to changes at the national level, too."

The politician said he wants "the LGBT issue to become a normal part of municipal politics."

Raskevicius, who has worked as a lawyer at the Lithuanian Gay League for five years, said he realized that it is more difficult for the LGBT community to seek changes without political representation.

He also intends to raise issues of equal opportunities for other social groups and make steps to improve the prevention of hate crimes.

Before the municipal elections, Raskevicius suggested that the mayor of Vilnius visit a gay club in the capital.

"Remigijus was very open about this issue and there was no discussion about whether or not to go, which sent me a very clear message that I'm not just a talisman on the list and that the team shares my ideas and my priorities," he said.

The Simasius-led committee won 17 seats in the council and the mayor himself advanced into a run-off election.