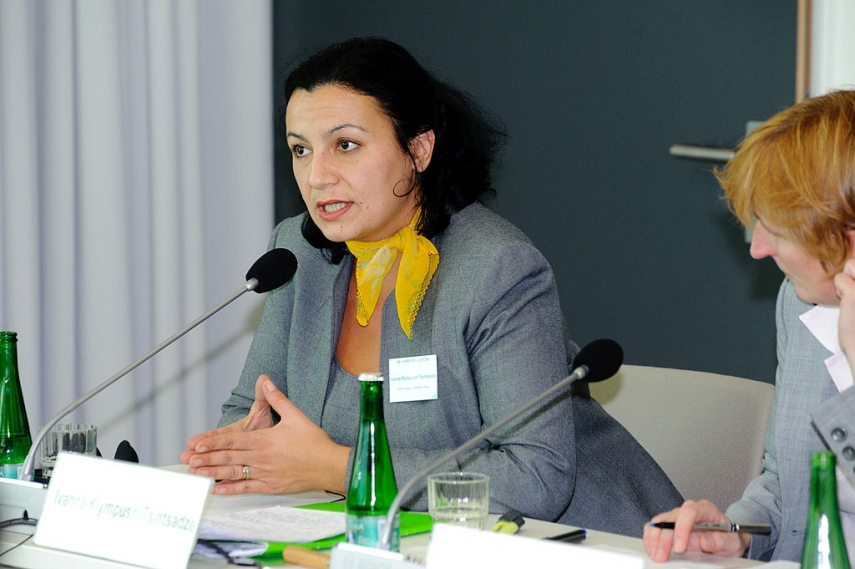 TALLINN – During a meeting with Ukraine's Deputy Prime Minister Ivanna Klympush-Tsintsadze in Tallinn on Friday, Estonian Foreign Minister Sven Mikser called on the authorities of Ukraine to solve the issues related to several large investments made by Estonian investors in that country.

In raising the topic of large Estonian investments, Mikser mainly was referring to the stake in a Kiev shopping mall claimed by the property developing company Arricano of Estonian businessman Hillar Teder, payment of compensation for the closure of the casinos of Olympic Entertainment Group, and the state of play related to the Litus Maris project belonging to Estonian businessman Marcel Vichmann, Juri Seilenthal, head of the department for economic affairs and development cooperation at the Estonian Foreign Ministry, told BNS.

The topic was mentioned only briefly at Friday's meeting, as it was not the main topic of the meeting, Seilenthal said. At the same time, these things continue to be important for Estonia, he added.

Spokespeople for the Estonian Foreign Ministry said in a press release on Friday that Minister Sven Mikser raised at the meeting the issue of large Estonian investments which remains unsolved to this day, observing that this may have an impact on the interest of Ukrainian investors to take part in further privatization in Ukraine, among other things.

According to Seilenthal, the topic was touched upon after the deputy prime minister of Ukraine had invited Estonian businesses to take part in the next round of privatization in Ukraine, to which the Estonian side replied that the things that have happened in the past should be resolved too.

"Klympush-Tsintsadze promised to explore these matters, to get a brief and to deal with it," Seilenthal said.

The state of play concerning the three matters is very different, according to Seilenthal. "When it comes to Olympic, they are just obliged to pay compensation, because we had a valid agreement on the protection of investments. This means that when the state rewrites a law at one moment, the obligation arises for it to compensate. That has not happened to date."

"The other two things rather have to do with lawlessness. There are decisions in some form on them -- in the case of Arricano there exists a decision of an arbitration court, and the case of Zatoka is in local courts," Seilenthal said.

"What does work today is concrete transactions and payments. With that things are going relatively well mutually and are developing by all means. These old things meanwhile stand in the way," he added.

Marcel Vichmann's company Litus Maris planned to build a 12-kilometer promenade and an aquatic center along an undeveloped seafront in the small town of Zatoka in the Odessa region of Ukraine in 2015 for 50 million euros. The local government accepted the project and Vicmann's company managed to build one kilometer of the promenade, after which the project got bogged down in problems related mainly to corruption and crime.

Arricano Real Estate, the core owner of which is Hillar Teder, wishes to get back its stake in the Sky Mall shopping center in Kiev. The conflict dates back to 2010, when Panorama Grupp, indirectly held by Teder, sold its 51 percent holding in Sky Mall as Teder wished to raise additional money for development. The agreement on the sale of the shares contained a provision entitling the seller to buyback of the shares. The new owner has refused to sell the shares claiming that Teder has violated their agreement. The LCIA international court of arbitration in London ruled in 2016 that the shares must be returned to Arricano, but this has not happened yet.

In 2009, the parliament of Ukraine imposed an indefinite ban on the operation of casinos in that county and revoked all gaming operator licenses issued to casinos. As a result, the listed Estonian casino operator Olympic Entertainment Group had to close 24 casinos. In 2013, Olympic reached an agreement with the authorities in Ukraine to set up a commission to review a claim for 38.5 million euros in damages. The matter has not been solved yet.