Formin commends community of Estonians in Sweden for preserving Estonianness 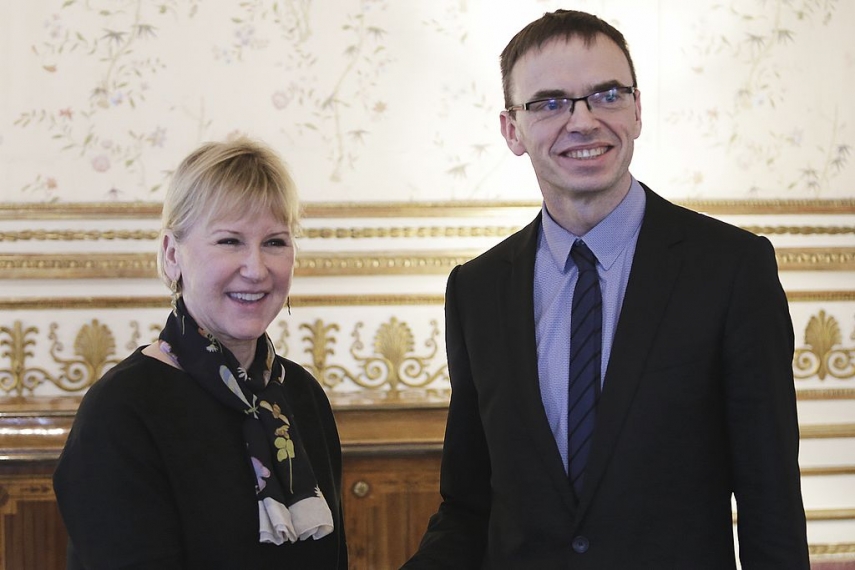 TALLINN – Estonian Foreign Minister Sven Mikser in Stockholm on Saturday attended the Baltic Day celebration dedicated to the 100th anniversaries of the Baltic countries and commended the local Estonians for preserving Estonianness, spokespeople at the Ministry of Foreign Affairs said.

"I am glad to celebrate the 100th anniversary of Estonia among compatriots and friends in Sweden and I wish to thank our community for what they are doing on a daily basis to preserve the Estonian language, mind and spirit," Mikser said in his speech made at the celebration.

The Swedish government gifted the Baltic countries for their 100th anniversaries with a 30 million Swedish kronor or approximately 3 million euro fund -- the Centennial Fund. The gift was handed over by Swedish Foreign Minister Margot Wallstrom and is meant for deepening the cooperation of the four countries, that is the three Baltic states and Sweden.

"Estonia highly values our joint efforts in the field of culture, education and the environment and the initiative of the Swedish government in the form of the fund gifted will promote our cooperation even more," the minister said.