Formin briefs US congressman on Lithuania's position on Belarus' N-plant 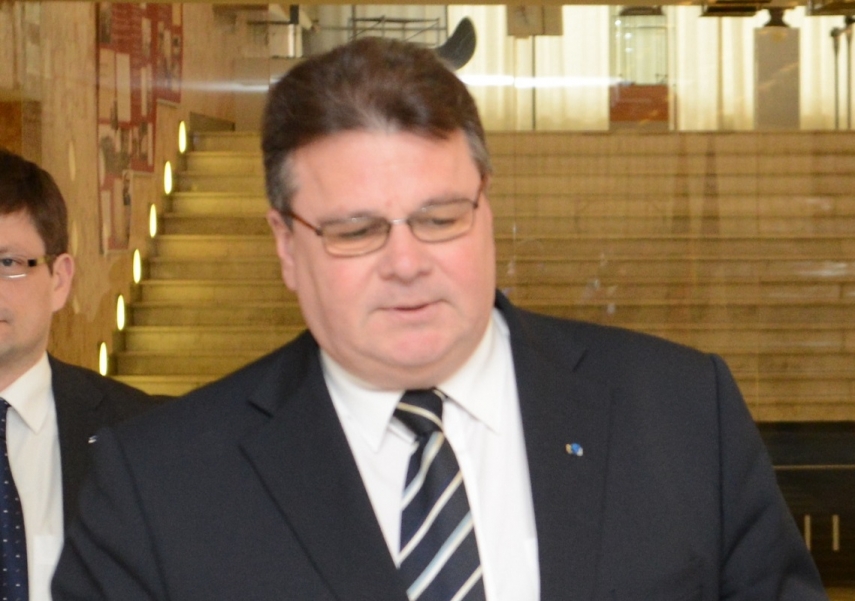 VILNIUS - Foreign Minister Linas Linkevicius underlined Lithuania's concerns over the security of the Astravyets Nuclear Power Plant during Tuesday's meeting with US Congressman Mike Quigley, who visited Vilnius before heading to Belarus.

Linkevicius and Quigley discussed "important issues of the bilateral Lithuania-US relationship, the security situation in the region, and energy policy," the Foreign Ministry said in a press release.

"The US Congressman got acquainted with Lithuania's comprehensive position on serious safety violations and threats posed by the Astravyets nuclear power plant under construction in Belarus," it said.

"Linkevicius and US Congressman Quigley also exchanged their views on the situation in Ukraine, relations with Russia."

The foreign minister "emphasized that Lithuania appreciated the active role of the US in ensuring the security of Lithuanian and NATO's eastern borders, as well as the US Government contribution to collective defense".

Following the visit to Vilnius, the US Congressman's delegation will go to Belarus.

Lithuania seeks an increased US military presence in the region and has imported liquefied natural gas from America. The governments of both countries criticize the Nord Stream pipeline which supplies Germany with Russian gas, bypassing Ukraine, Poland and the Baltic states.