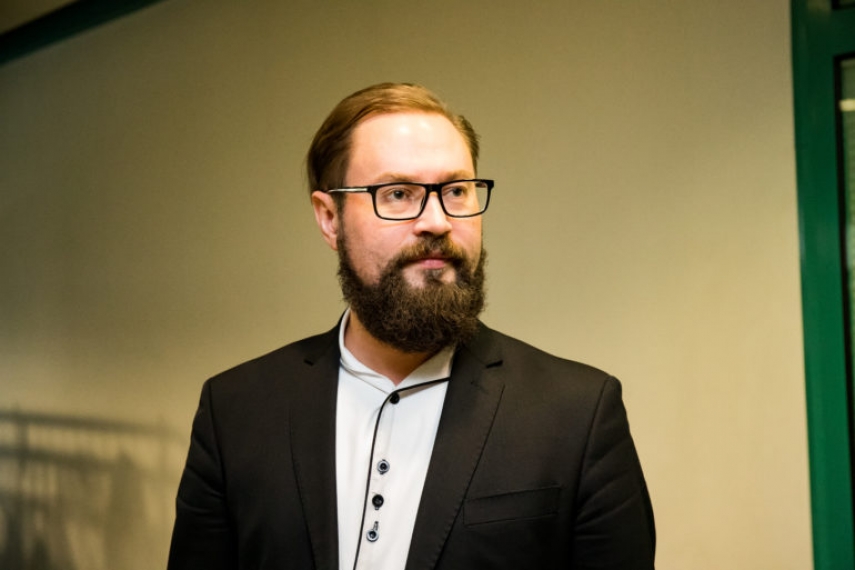 In accordance with a decision made by the board of trustees of Vaba Lava, Evestus has been appointed the new manager effective mid-April.

In his remarks released in a press release on Tuesday, Evestus described Vaba Lava as an important and original platform on the Estonian theater landscape, which helps bring together different theatrical associations, creative ideas, and facilitate international exchanges of know-how and experience. As his most important challenges in the new job, he named promoting local cultural life and speaking to and bringing together different communities with common means of expression and experiences.

The chairman of the board of trustees of Vaba Lava, Asko Talu, said that the main job of Evestus as the new manager will be to expand the activities of Vaba Lava and increase its influence on the cultural landscape of Estonia, lead the synergic development of the theater houses in Tallinn and Narva and develop sustainable international cooperation.

“Steven-Hristo Evestus has been an active follower of the field of Estonian theater, who has watched and written reviews of a large number of different stage productions. His managerial experience in leading processes and people, as well as active experience in international cooperation and very good command of Russian proved crucial in making the decision," Talu said, adding that in addition to practical skills, the board of trustees considered the candidate's passion for culture as important.

After leaving his job at the prosecutor's office, Evestus has been an active contributor to the fight against corruption and he will go on sharing his know-how at the cybersecurity company CybExer Technologies.

The foundation Vaba Lava (Open Space) was established in May 2010 with the aim of providing opportunities for both established and emerging independent companies in Estonia and promoting and developing interdisciplinary projects between different fields such as arts, including performing arts, applied and visual arts, music and new media, and sciences in order to access new knowledge, new technologies and know-how from different fields.

Vaba Lava runs a venue in Tallinn, which is located in the Telliskivi Creative City, as well as a venue in the northeastern border city of Narva. Both have local teams responsible for the day-to-day management and functioning of the venue.