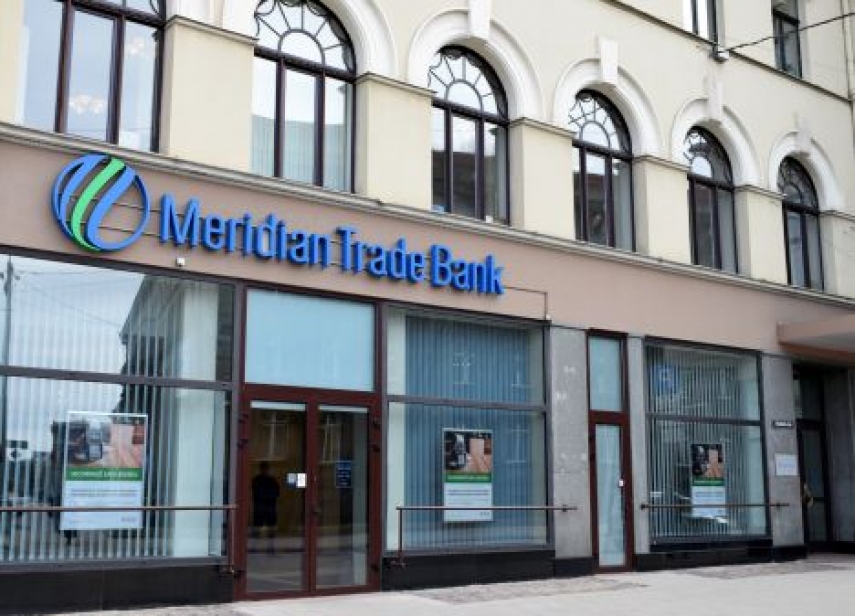 Some persons have been detained and there are in total five suspects in a big criminal fraud case – losses realised by Meridian Trade Bank (MTB) according to our sources could have reached more than 10 million euros because of these illegal activities, LETA reports. The suspects also include three members of one family – a married couple and their son.

New board of the bank has revealed a massive fraud scheme, which according to our sources, was orchestrated by Svetlana Dzene, who was previously chairing the bank for over 20 years.   New management board, appointed earlier this year, has filed several claims to the Economic Crime Enforcement Department of the State Police about handing out illegal loans by the previous top management of the bank to their own companies or companies linked to them. The bank lost millions due to these illegalities.

Three criminal proceedings have been initiated at different stages of investigation and later merged into one case. The police have confirmed investigative operations and the fact that some persons have been detained. It is not said officially yet whether former council and board members are among them. Still LETA has got hold of documents that point to former chairwoman of the board, Svetlana Dzene, former council member Andris Dzenis and former member of the board Ivars Lapiņš.

While the investigation is under way, the police refuse to give more detailed comments. All proceedings have been initiated on April 1 over charges of organised fraud and abuse of authority.

In one case, the bank lost 889 651 euros because of a fine imposed by the Finance and Capital Market Commission (FCMC) in November, 2017 due to undisclosed related party lending. The bank is also asking to investigate a potential fraud case when the bank extended a loan totalling 4.4 million euros to a company linked to top managers at the bank, Priekules Bioenerģija. Another criminal case has been initiated about fraudulent loans worth 600 000 euros in 2012. On top of that, former management of the bank have also lent 2.8 million euros to the company Super Bebris Property that could have also been part of illegal scheme, according to documents signed by the head of the Economic Crime Enforcement Department.

The Latvian State Television reported in April that Meridian Trade Bank in 2017 was fined for violations characteristic of small banks. To put it bluntly, the management used the bank as its own “pocket” to dig for cheap loans for its other projects. FCMC them slapped a fine of 889 651 euros on the bank.

According to the program called De Facto, the turmoil centers around two green energy providers, Priekules BioEnerģija and Priekules Siltumtīkli. Both pumped loans worth 8 million euros from the bank without any first instalments, on low interest rates and long terms of repayment. The chairman of the board at Priekules Bioenerģija was the bank’s member of the council Andris Dzenis. FCMC concluded that Priekules Siltumtīkli was also linked to Meridian Trade Bank through the same person’s activities.

The main persons in the fraud investigation process thus are Meridian Trade Bank’s former president and chairwoman of the board Svetlana Dzene and her spouse, former member of the bank’s council, Andris Dzenis. Both have been detained by the police to give evidence but not locked in during the period of investigation. Their son is also among the suspects.

Current management of Meridian Trade Bank is seeking to collect the series of losses the bank has suffered because of the favourable cheap loans handed out by Dzenis’ family to their own companies on long terms of repayment.

According to official reports, Meridian Trade Bank closed 2018 with a modest profit of about 300 000 euros, which still is a big improvement compared to 2017 when it lost about 2.3 million. At the end of 2018, Meridian Trade Bank was the 14th largest bank in Latvia by assets, according to the Latvian Association of Commercial Banks.