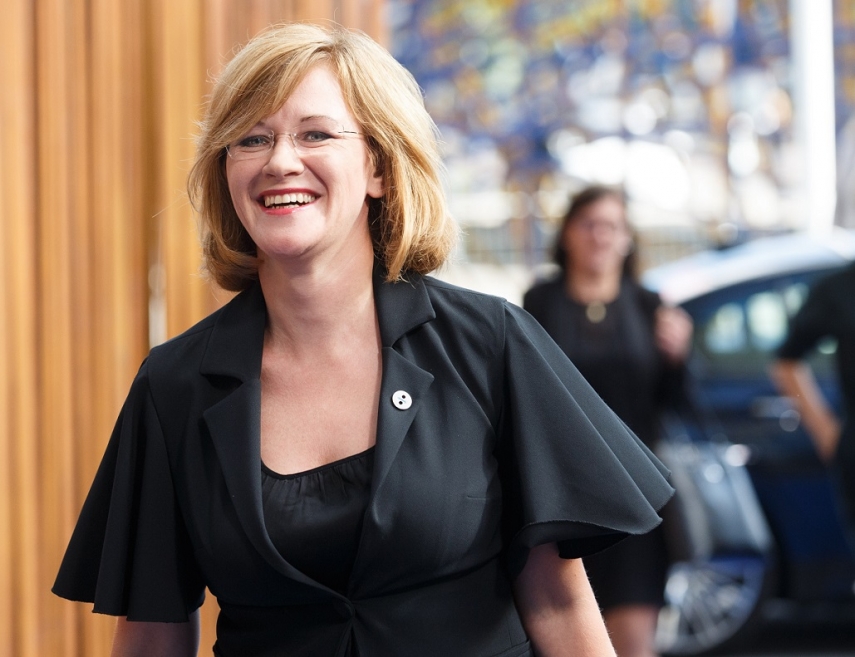 RIGA - On May 21, the Parliamentary Secretary of the Ministry of Foreign Affairs, Zanda Kalnina-Lukasevica, will take part in the European Union (EU) General Affairs Council in Brussels, Belgium, LETA learned from the ministry.

At the meeting, the Romanian Presidency will continue a debate with EU member State representatives on progress in negotiations on the EU’s multiannual financial framework for 2021–2027. Participants will also start preparations for the European Council meeting on June 20-21.

The Romanian Presidency will also provide information about discussions held at the high-level conference on the European Semester in Bucharest on April 4, as well as briefing the Member State representatives about the special meeting of EU ministers for culture and foreign affairs on improving the EU level system for the preservation and support of cultural heritage that took place in Paris on May 3.

The European Commission will then present to the Council its “Communication on further strengthening the Rule of Law within the Union” published on April 3.

The meetings of the General Affairs Council are held on a monthly basis, and in the first half of 2019 they are chaired by the Romanian Presidency of the Council of the EU.