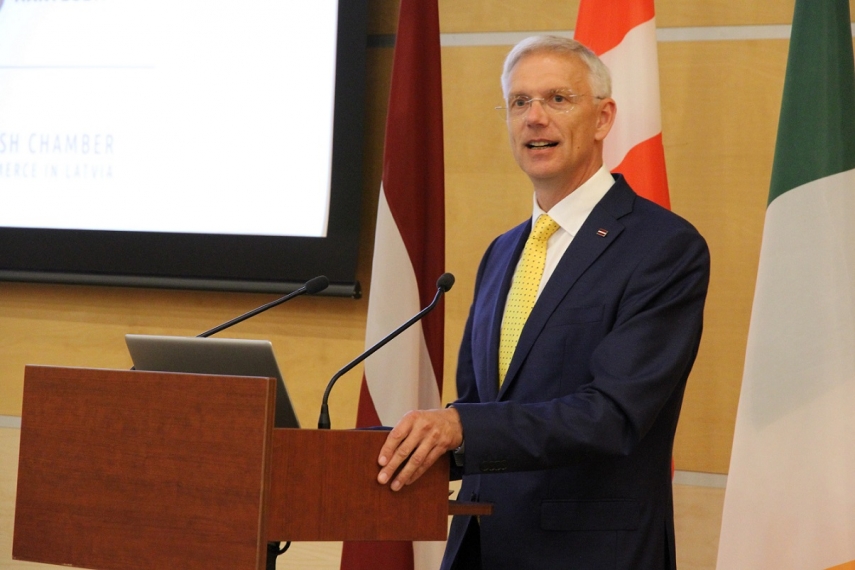 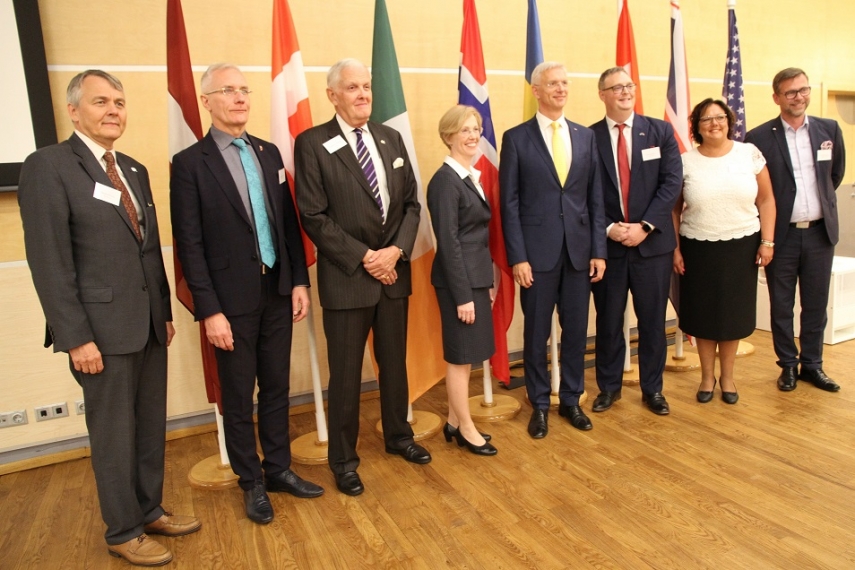 On September 18, during the business luncheon with the Prime Minister of Latvia Mr Krišjānis Kariņš, foreign investors pointed out a number of critical issues, which directly influence foreign investors' desire to invest in Latvia. Among the main questions asked where about government’s take on fighting corruption, addressing the labour force shortage, raising quality of education, and dealing with the unintended side effects of reforms in Latvia’s finance sector, such as problems for foreign nationals of opening bank accounts in Latvia.

The meeting that took place at the Radisson BLU Latvija Conference & SPA Hotel and was organized by the American, British, Irish, Norwegian and Swedish Chambers of Commerce in Latvia, was attended by nearly 200 representatives of foreign chambers of commerce, investors and foreign diplomats who were interested in hearing the Head of the Latvian government address the topic on how to rebuild trust in Latvia as an attractive investment opportunity. The co-host of the event was King's College - The British School of Latvia with sponsorship from Narvesen.

In the opening statement of the meeting, TV journalist and discussion moderator Edijs Bošs noted that foreign investment growth in Latvia has been stagnant in recent years and among some foreign investors groups even with a downward trend. The Prime Minister of Latvia confirmed this fact: “Since the 2009 crisis, we have recovered everywhere other than FDI.”

As the most important priority, Mr. Kariņš highlighted the clean-up and reforms of Latvia’s finance sector and restoring its reputation, which has been severely damaged by money laundering schemes exposed over the last year. The Prime Minister listed a number of measures taken to restructure Latvia’s financial sector, ensure a better supervision and control by making changes to the management of the Finance and Capital Market Commission (FCMC) and amending laws which deal with anti-money laundering issues. In the field of tax policy, as a concrete example Mr. Kariņš highlighted government's commitment not to carry out any tax reforms in 2020, but to start the work on tax reforms for 2021, with the main aim of making tax policy simpler and fairer, and providing entrepreneurs with a six-month preparatory period for the introduction of the new tax regime.

Another important task for the government is the implementation of the administratively territorial reform, that would enable also to finish reforms in Latvia’s education and health care sector, taking into account Latvia’s demographic trends. According to Mr.Kariņš, Latvia needs one or two world-class higher education institutions with regional branches and faculties, rather than 50 currently existent educational institutions, which lack resources to provide a globally competitive education.

The Prime Minister pointed out that Latvia is currently allocating 9% of its GDP to education, which is one of the highest indicators in Europe, while the country lags significantly behind in the quality of education. “We don’t get the top value for what we invest. We need fewer, but larger schools,“ said Mr. Kariņš, pointing out that it would help ensure a higher quality of education for all.

In response to a question of specific measures taken by the government in the field of combating corruption, Mr. Kariņš noted the work undertaken on the political party financing model from the state budget, which would help ensure greater independence of political parties from donors and reduce the influence of donors on decision-making at the Latvian government and Parliament.

In his talk with foreign investors, the Prime Minister of Latvia also emphasized Latvian government’s commitment in the area of  environmental protection and reduction of CO 2 emissions by leaving the “polluters’ club”, whose economies heavily rely on consumption of oil and natural gas, and moving towards increased use of renewable resources in the economy. In the view of Mr.Kariņš, such a change of direction would help and encourage development of new green technologies in Latvia, mentioning Denmark as an example in the field of renewable resources policy.

Regarding the growing labour shortage, the Prime Minister said that the government supports smart immigration and is convinced that successful implementation of reforms mentioned above will improve labour mobility and thus Latvia will be able to attract both re-emigrants and specialists from other countries.