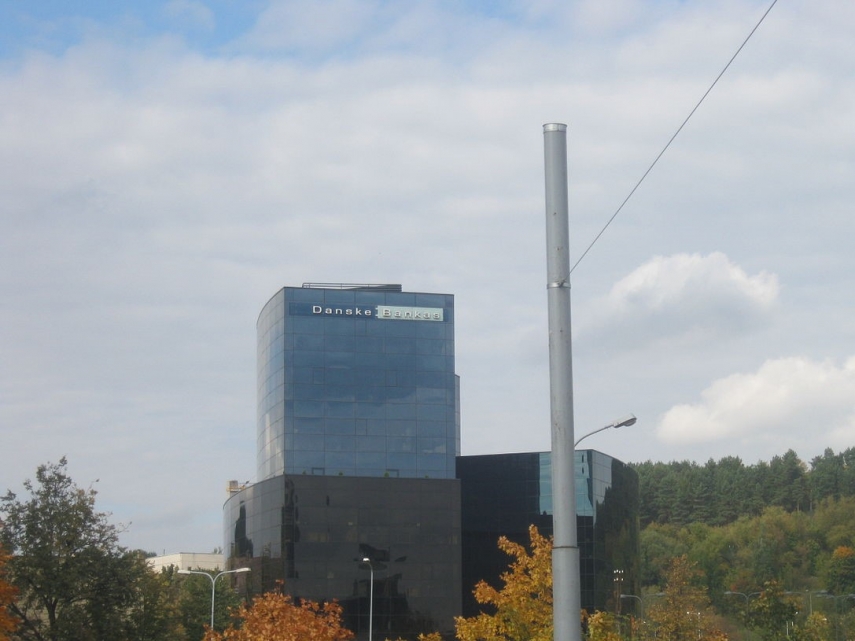 VILNIUS - Forbis, the maker of the FORPOST financial services platform, recently completed a 15-million-euro project for a core banking system which enabled a pan-Baltic business transformation at Danske Bank. It as a rare example of a major IT transformation project finished on time, on scope and on budget. And with no business disruptions. EY Baltics served as the independent programme consultant.

Many said it could not be done. Forbis took the challenge to commit to the aggressive terms that Danske Bank mandated for building a “Baltic Single Instance” – one IT system for the Nordic bank’s until then separate operations in Estonia, Latvia and Lithuania – and taking it live within 24 months.

“Forbis was the one that accepted the challenge under the conditions we required,” said Darius Jasinskis, Head of Baltic Business Development at Danske Bank. He oversaw the transformation programme for Danske Bank’s Baltic presence, which involved regional integration, alignment of services with a new focus on business customers only, and optimization of IT operations. “It was about the ability to deliver on a new value proposition, going from three banks, three systems and three organizations in the region, to one bank, one system and one organization,” Jasinskis said.

Each Baltic country had quite different product offerings and approaches to IT governance, said Jelena Michailova, Deputy CEO at Forbis, who has been in the business of banking IT systems for more than 20 years. There were complex legacy systems and great amounts of diverse data to deal with. “Both parties agreed that programme management office, preferably an independent one, with banking competencies should be introduced for successful programme implementation. That role was filled very well by EY Baltic”, Michailova said.

She said projects of this scope generally take five years of work or more. Doing it in just two years demanded careful planning and resource management – including a 30 percent increase in Forbis’s staff. It helped that the Forpost system was already in use at Danske Bank in Lithuania and Latvia, so there were no surprises in terms of local specifics. In addition, Forbis team’s experience with other international projects of this type would also prove to be invaluable.

The project launched in early 2016. It was decided, logically, to split it into three parts, for the move to the Baltic Single Instance in each country. Lithuania was first, as that migration required the least development. And it provided an early win – a very smooth transition before the end of 2016 and in fact two weeks ahead of schedule. The roll out was managed by Danske Bank’s Command Center, involving key executives in charge of transformation.

Latvia took more effort. On the technical side, significant development work was needed and all the data from the other Forpost version used in Latvia had to be migrated to Baltic Single Instance. From a business perspective, the bank had to change or upgrade its processes and organization in keeping with a regional, pan-Baltic way of working.

One complication was that the change-over date at Danske Bank in Latvia in 2017 coincided with a redenomination of the national currency in Belarus, where the company’s system thus had to be adjusted. “For the amount of work involved, the redenomination of the Belarusian rouble was like the introduction of the euro in each of the Baltic countries. A lot of changes had to be made, and the same night as the Danske migration in Latvia. Forbis’s support of these two major projects in parallel shows its capacity to handle multiple large-scale international projects,” Forbis’s Deputy CEO noted.

The third, Estonian milestone was the most complex one. That migration was scheduled last, during 2018, in order to leave more time for all the preparations. It, too, was completed on time, with no major incidents or operational disruptions. Forbis had agreed not to completely freeze the bank’s business development during the project, and to help comply with any regulatory changes.

“The bank promised to inform us as early as possible about new requirements from the financial regulator, and about any planned new products or the like, so we could react right away and plan accordingly. Being so flexible, so agile, without jeopardizing your project is only possible when you have a lot of practical experience, a clear grasp of the big picture and how it will be impacted by one or another change. Theoretical knowledge is not enough”, said Jelena Michailova.

Ready for the future

What exactly did Danske Bank receive? “The Baltic Single Instance is one system with a single interface in the local languages for customer and in English for employees at multiple branches in different countries. It has flexible user rights for data management and the same system-wide functionality with customizations for local compliance, and supports instant inter-branch payments 24/7, with standard pricing terms that can be adjusted locally. It’s connected to one data warehouse – as a single source of truth for business intelligence and reporting, and as one system ready to connect to the Danske Bank group’s Business Online system. Now we are working as a regional, Baltic organization with centralized governance, structure and processes.” That’s how Darius Jasinskis describes what is now up and running.

Arturas Piliponis, EY Baltic Advisory Services Partner, summarizes EY Baltic work as PMO in this transformation: “This was not a regular IT system implementation. It was a major IT and business model transformation challenge considering that Danske Bank in the Baltics had to upgrade its technology in Lithuania and Latvia and change technology in Estonia, whilst also changing its operating model and unifying products as well as procedures across the three countries. What is more, all of this happened as planned and in less than 2.5 years. It takes other similar complexity organisations three to five years per country to do something like that.” EY Baltic assisted Danske Bank with programme management, testing management and other quality and technical support aspects of IT solutions implementation.

In fact, Danske Bank in the Baltics is undergoing further transformation related to the Danske Bank Group’s new strategy to concentrate on Nordic customers. That means exiting local business relationships in the Baltics to focus only on Nordic and international customers present in Lithuania, Latvia and Estonia. The new core banking system that Forbis put in place, the Baltic Single Instance, is proving to be essential in supporting the ongoing operational changes in Lithuania, Latvia and Estonia, Jasinskis stressed.

After all, the company’s IT solutions are “designed to be readily adaptable for the future,” she explained, adding that: “The pace of technological and market change is now so fast that you can’t just build systems for today. Successful digital transformation at financial institutions requires understanding both the technologies and the business environment in-depth. We work hard to build that into our integrated and multifunctional solutions.”