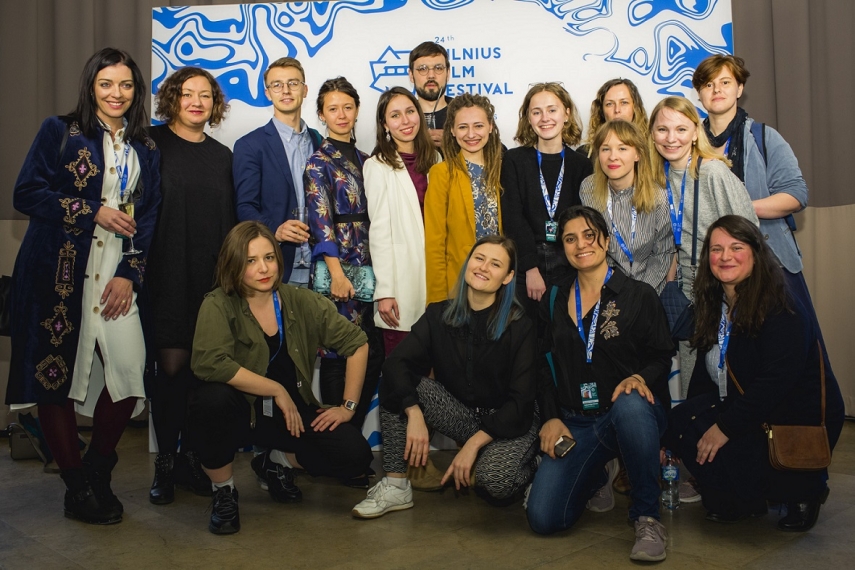 The main MPV award for the best in-development project went to “My Thoughts are Silent” by Ukrainian director Antonio Lukich. The film concentrates on a 25-year-old Vadym and his urge to restart his life. Surprisingly his mother becomes his companion on this life-changing journey. The winner was chosen by an international jury comprised of Beatrice Fiorentino, the selector for the International Critics’ Week in Venice, Diane Henderson, Deputy Artistic Director of the Edinburgh IFF, and film producer Yevgeny Gindilis. The film received a € 3.000 cash prize. 17 projects by debuting directors presented during the Coming Soon session were considered for the award.

Karolis Kaupinis project “Nova Lithuania” produced by Marija Ruzgutė and company “M-Films” won the € 1000 cash AVAKA award for the Best Lithuanian Pitch. The film depicts an interwar Baltic geographer and a prime minister planning to save their homeland as World War II approaches. In the end, the most pressing question is whether they should save themselves or others? The film is set to be released this year.

Slovakian director Lucia Kasova’s documentary project “The Sailor” received the Post Production Award worth € 3.500 in post-production service, established by the “Vilnius Film Cluster“, companies “Madstone“ and “Roofsound“. The producer Nazarij Klujev has also won the chance to participate in Marché du Film Industry Workshop at the Cannes. Likewise, Paulius Juoceris, producer of “El Padre Medico”, directed by Vytautas Puidokas, got the chance to participate in the Marché du Film Producers Network at the Cannes.

For the best pitch, “The Baltic View” Award and € 1.000 went to Vlada Senkova. She and her team pitched the project of dramedy “The Thrillseekers” very creatively and theatrically.

Alexander Mihalkovich was named the winner of the inaugural Talents Nest award and received a professional accreditation to “FEST – New Directors | New Films Festival“, taking place in Portugal. They will have the chance to meet experienced filmmakers, take part in workshops, discussions and other events.

Przemyslaw Stanski was awarded the second “Talents Nest“ prize – an accreditation to the “Baltic Pitching Forum“, where they’ll receive an individual consultation with one of the Forum‘s panel members and access to the Forum’s networking events.

According to the head of MPV Alessandra Pastore, many of this year’s sessions were organized in collaboration with an increased number of partners. “The conference is an important space for presenting talented young filmmakers, and is visited by more and more producers, festival representatives and other influential people within the film industry”, said Pastore.

Discussions held during MPV focused on the changes in film festival marketing and communication brought about by social influencers, the impact of blockchain technology to the industry and its possible uses for improving it, the increased Lithuanian film tax incentive and its effects on the country’s filmmakers, case studies about arthouse distribution practices in the Baltics, and more.

The 24th Vilnius International Film Festival “Kino Pavasaris” will take place March 21–April 4, 2019. Last year’s festival was visited by 116 551 filmgoers, becoming the largest cinema event in Lithuania and one of the most notable film festivals in Eastern Europe. For more information, visit www.kinopavasaris.lt