Fiddles and Shamrocks in Riga and Tallinn 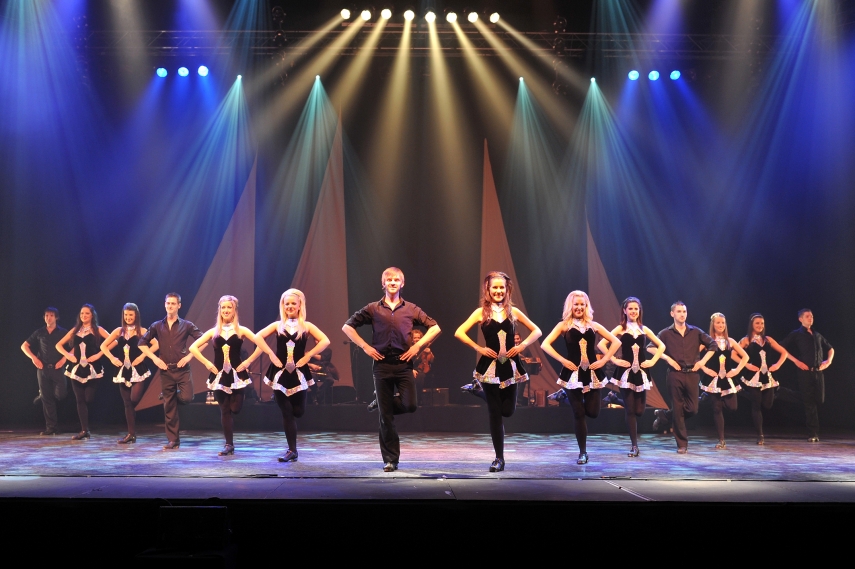 RIGA - Formed in the wild and beautiful hills of Connemara in Ireland back in 2002, Celtic Legends have come far from their humble beginnings and journeyed around the world. Their show, bathed in the traditional culture of music and dance of Ireland, can now be seen in every corner of the planet. The show, which offers 100% live music, dance and song while respecting their culture and ancient history, generates an electric atmosphere that has swept audiences away and put them squarely in the atmosphere of Ireland, its culture, its land, its pubs, its music and its heart.

The dancing traditions of Ireland are likely to have grown in tandem with Irish traditional music. Its first roots may have been in Pre-Christian Ireland, but Irish dance was also partially influenced by dance forms on the continent, especially quadrille dances. Travelling dancing masters were teaching all over Ireland as late as the early 1900s.

According to the BBC’s A Short History of Irish Dance, “The nature of the Irish dance tradition has changed and adapted over the centuries to accommodate and reflect changing populations and the fusion of new cultures. The history of Irish dancing is as a result a fascinating one. The popular Irish dance stage shows of the past ten years have reinvigorated this cultural art, and today Irish dancing is healthy, vibrant, and enjoyed by people across the globe.”

The music is traditional at its core with all of Ireland’s national instruments, the fiddle driving frenetic reels, the bodhran beating out the driving rhythms of the band, the plaintive uilleann pipes calling back to days of yore with beautiful and haunting slow airs. The musicians are the world’s best; their virtuoso qualities and love for their art are unmatched.
Irish dance has enjoyed a spectacular revival in recent years with the aforementioned Irish shows; however, Celtic Legends recreates the art form by stripping the art form to its bare essentials. By presenting traditional dance the show has a more vital feel; cast members are more creative and dynamic, audiences are more engaged and everyone leaves the show feeling they have been involved and have had an insight into what Ireland and its country really is. Irish dance has blended with other cultures of late, but this is not a blend, it is the real thing!

Celtic Legends pride themselves on respecting the core traditions of Irish music and dance culture with a team of talented and highly respected musicians and dancers, who give truly harmonised performances. The production is reviewed and renewed on a regular basis (so you’ll probably never see the same show twice). The production team has also established a reputation for flexibility, meeting the specific needs and demands of each client and each venue worldwide, adapting the show both in scope and content.

The choreographer Ger Hayes has a wealth of experience and is indeed revered by dancers worldwide dancing as lead soloist in Michael Flatley’s Lord of the Dance. After touring the world with the show, Ger wanted to create a more essential, vital and exciting style of Irish dance so he jumped at the chance to join Legends in its early days. He has created traditional pieces that merge perfectly with the live on stage sound that the band creates. The intricate group numbers are complimented by looser solo spots which are the hit of the night.

The musical director, Liz Knowles-O’Hare is widely recognised as one of the best fiddle players in the world. She was lead fiddle player in Riverdance and The Pirate Queen on Broadway, has performed with traditional band Cherish the Ladies, regularly plays with the Cincinnati Pops Orchestra, and has recorded with Don Henley, Paula Cole and Ensemble Gallelei. With her husband, Kieran O’Hare, Liz composed a unique show that is traditional, live, and spectacular.

With 25 highly talented Irish artists on stage, Celtic Legends brings you two hours of toe tapping Irish dance and music all 100% live. You will have a hard time stopping yourself tapping and stamping your feet, clapping your hands and whooping along to the music and vocals.