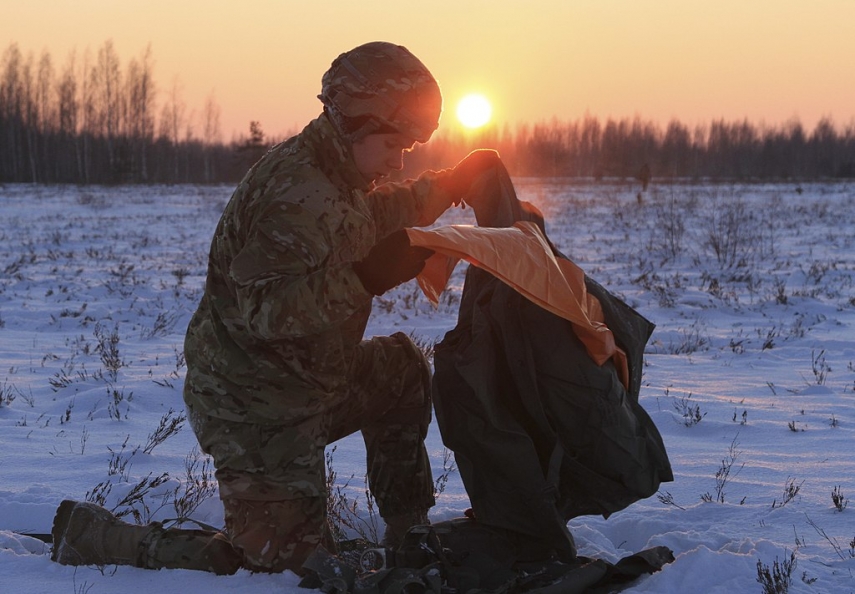 WARSAW - Experts with the Washington-based think tank Atlantic Council have warned in a study that NATO forces in Poland and the Baltic states could be overrun if attacked by Russia, the American military newspaper Stars and Stripes reported.

The study by a task force of US security experts says that "a determined Russian conventional attack, especially if mounted with little warning, could defeat these forward-deployed NATO and US forces in a relatively short period of time, before reinforcements could be brought to bear," according to a report published by Radio Poland.

A quick Russian land grab "might present the Alliance with a fait accompli, dividing the Alliance and paralyzing decision-making before reinforcements could arrive," stated the report, which Gen. Philip Breedlove, the former head of US troops in Europe who also served as NATO Supreme Allied Commander until retiring in 2016, authored with task force co-chair and former NATO deputy secretary-general Alexander Vershbow.

The study, entitled "Permanent Deterrence: Enhancements to the US Military Presence in North Central Europe," lays out a plan to counter such scenarios. It reiterates concerns raised by numerous security analysts in recent years -- chiefly that Russia's military advantage on NATO's eastern flank means it could quickly overrun allies in places such as the Baltics. But it also makes recommendations that go beyond the usual calls for another Army brigade in Europe as the answer to a mismatch with Russia.

Breedlove, a chief architect of NATO's buildup in reaction to Russia's 2014 intervention in Ukraine, sees a larger role for the US military in Poland.

"Many of the recommended enhancements would take place in Poland, because its size and geographic location make it a key staging area for most NATO efforts to defend allied territory in the three Baltic states," the report says.

One recommendation by the Atlantic Council task force is to expand a US Army mission command headquarters in Poznan, Poland, into a division-sized element, and make it a permanent mission. The headquarters would by charged with ensuring the rapid flow of US reinforcements to Poland and the Baltic states in time of crisis.

Breedlove also envisions a larger role for the Navy on the continent.

During the past four years, most of the buildup in Europe has centered on Army initiatives, such as the continuous deployment of US-based brigades and the expansion of weapons stocks at strategic locations. While the Atlantic Council task force calls for more similar efforts, the Pentagon should consider adding a small naval detachment in Gdynia, Poland, to facilitate more Navy visits to Poland and to other Baltic Sea ports, the report says.

The US also should also seek to home-port Navy destroyers in Denmark, which would allow continuous patrols in the Baltic Sea.

“The mission might include anti-submarine warfare, maritime domain awareness, amphibious operations” and assets designed to counter an enemy strategy of denying access to the seas, the report says.

Home-porting ships in Denmark rather than Poland would avoid coming into conflict with the 1997 NATO-Russia Founding Act, which sought to reassure Moscow that allies wouldn’t position large combat formations in former Warsaw Pact nations on a permanent basis.

The report, which is to be published in full at the beginning of 2019, comes as Congress is examining whether the United States has sufficient forces in Europe to deter Russia, while the Pentagon is considering a 2 billion US dollar offer from Poland to fund a permanent military base in the country, Stars and Stripes reported.

Blazej Spychalski, a spokesman for the Polish president, said at the end of September that Warsaw wanted to spend about two billion dollars to build infrastructure for American soldiers in Poland, including "housing, educational facilities, medical facilities."

The Washington Post said in an analysis last week that talks about a permanent US military presence in Poland "appear to have moved on from the idea of one or several major bases ... to a more hybrid approach that could result in US personnel being based in existing buildings across the country."