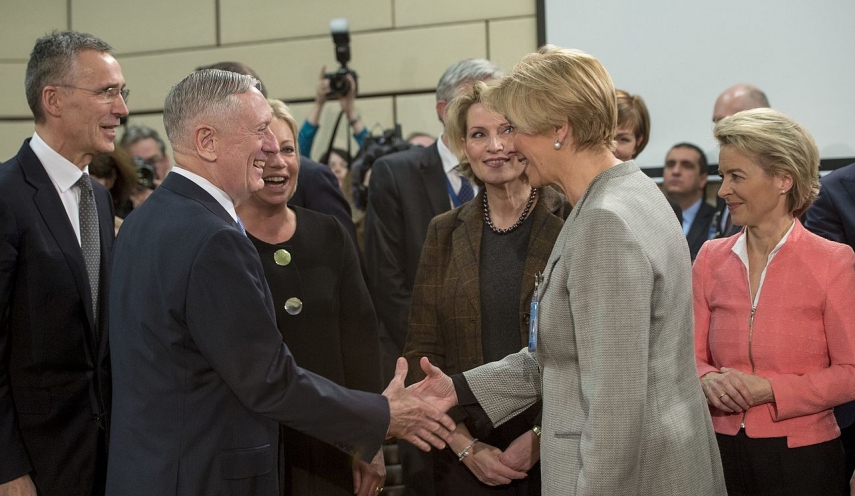 RIGA - The well-known expert Edward Lucas, addressing yesterday the Foreign Affairs Committee of the U.S. House of Representatives, compared the situation in the Baltics at the moment with Western Berlin during the Cold War.

Lucas, who is the Senior Vice-President at the Center for European Policy Analysis and Senior Editor of the influential current affairs magazine The Economist, addressed the Foreign Affairs Committee meeting yesterday about U.S. policy towards the Baltic states.

In his testimony, Lucas said that should the United States and the West ''over-focus on the tactical military difficulties we face in the Baltic region, we risk neglecting the revolution in our strategic thinking needed to prepare our countries and our armed forces for the task ahead. Our job is not the military defense of the Baltic states on the spot. It is the defense of all NATO allies through deterrence.''

The best analogy for this is, according to Lucas, is West Berlin during the cold war. ''We did not build a Maginot line around the American, British and French sectors of Berlin. We did not stockpile vast amounts of weaponry there. Instead, each country placed a brigade in its sector to show that an attack would not be a military push-over. These forces’ mission was to keep fighting for long enough for us to implement the contingency plans: a counter-attack from West Germany—with nuclear weapons if necessary,'' he said.

''The question now facing the United States is how best to make it clear to Russia that an attack on the Baltic states is similarly unwise,'' he said.

''They are our frontline states: the future of the world we have taken for granted since 1991 hangs on their fate,'' Lucas emphasized.

In his testimony, Lucas stated that Russian is a revisionist power and that it has the means to pursue its revisionist approach, is winning and in the future will become an even greater threat.

''In particular, I believe that the Baltic states are the keystones of the European security order. If they fall victim to Russian pressure, be it military, economic or political, then the rules-based system which the United States has established and defended in Europe for more than six decades is over,'' he said.

''These countries are inherently vulnerable to military and non-military attack. Their economies are liable to Russian pressure. Estonia and Latvia are also potentially subject to Russian interference because of their ethnic make-up,'' Lucas went on to say.

The British expert recommended the United States to ''give up any hope of a quick diplomatic fix or other deal with Russia. This is going to be a persistent and dangerous conflict. It predates Putin and will outlast him''. He also recommended the United States and its allies to continue to strengthen and reassure the frontline states, in particular, the Baltic states and Poland, as well as expose and punish the Kremlin’s activities in the West.

''In particular, we need to deal firmly with Russian intelligence operations, to counter disinformation, to intensify visa sanctions on the Russian elite, and to block passage of Russian dirty money through our financial system,'' he emphasized.

Lucas said that the stakes are high. ''Russia does not believe that its neighbors should be fully sovereign, with the right to make independent decisions about their geopolitical future. The Kremlin does not want to reconquer these ex-colonies; that would be prohibitively costly. But it does want to constrain them,'' he said.

''I do not, however, believe that a military conflict over the Baltic states is imminent or even probable. It is far more likely that the Putin regime, at least initially, tests our willpower elsewhere, perhaps in the Western Balkans (where Russia recently tried and failed to mount a coup in Montenegro), or perhaps in an ex-Soviet country such as Azerbaijan, Belarus, Georgia, Kazakhstan or Moldova,'' he went on to say.

Lucas said during his testimony that in order for Russia to achieve its objectives, a precondition would be to undermined NATO. He said that Russia is already attempting to achieve this by circulating anti-U.S. propaganda in Europe.

''So far, Russia is winning. Even after the invasion of Ukraine, the response from the West has been weak, late and disunited,'' he said. ''Foreign policy adventures—whether in Georgia, Ukraine or Syria—play well at home, where they distract attention from the Putin regime’s failure to modernize the economy, infrastructure or public services.''

''Our first task in tackling this situation is to see clearly what has happened. This conflict is under way. We can contain it, but not end it, because continued confrontation with the West has become a domestic political imperative for the Russian regime. At best we can deter its escalation,'' he said, adding that sanctions must also be expanded against Russia, as the ones already in place have not been effective enough.

He said that the West and its allies also need to revive their information warfare capability, so to lessen the impact of Russian propaganda. ''Just as we have underestimated the potential effect of Russian energy, money and military firepower, so too have we neglected the information front. Russian propaganda channels are well-financed and have made powerful inroads into our media space,'' he added.