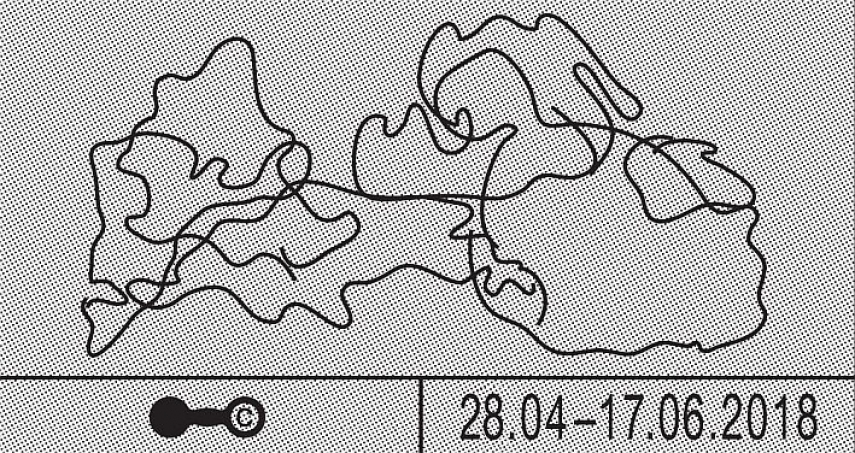 RIGA - An international contemporary art exhibition of Latvian exile and émigré artists Portable Landscapes dedicated to the centennial of the Republic of Latvia organized by the Latvian Centre of Contemporary Art will be on view at the main building of the Latvian National Museum of Art in Riga (Jaņa Rozentāla laukums 1) from 28 April to 17 June 2018.

The exhibition Portable Landscapes, being a part of the Latvia’s Centenary programme, is a new research project on art processes within Latvian exile and emigrant communities from the beginning of the 20th century until nowdays. It follows yarns, which, through various corners of the world, take us to the stories of several creative, often relatively unknown Latvian émigré and exile personalities and informal groups, placing them in a broader context of art events, migration and globalization and revealing them as a polyphonic landscape.

“If we take a longer look back, people’s migrations caused by wars or political and economic change have taken place ceaselessly. Exile, diaspora and migration are characteristic elements of global culture and their manifestations have not only determined changes in the world’s map but also contributed to the basis for the development of various trends in art and culture, promoting the blending and overlapping of cultures and the birth of new ideas and movements,” believe the curators of the exhibition Solvita Krese, Inga Lāce, Diāna Popova, Antra Priede-Krievkalne, and Andra Silapētere.

Portable Landscapes explores Paris, New York, West Berlin, Gotland and Montreal as places relevant to the Latvian diaspora, tracing the individual routes of migration and developing a way of looking at the current situation, which, to a great extent, is based in historical events. In addition to stories from the past, which are revealed with the help of archives, works of art and artefacts, the exhibition has welcomed the participation of contemporary Latvian artists who live and work abroad, as well as artists who have addressed the theme of migration or, with their interpretations, are adding to some of the narratives.

Involving a wide range of Latvian and international art institutions, researchers, curators and artists, the Latvian Centre of Contemporary Art has developed a project, launched in 2017 and lasting till 2019, that consists of four satellite exhibitions in Paris, New York, Gotland and Berlin, with the central exhibition, Portable Landscapes, held at the Latvian National Museum of Art in Riga.

In the centre of the exhibition are personalities whose life and work reveal a specific period in the history of Latvia, as well as say something about that period’s relationship to the current situation, and to the international context. In the exhibition the Berlin chapter focuses on Valdis Āboliņš – one of the most important promoters of Latvian art in the West, a leftist intellectual and a mail artist whose efforts to create and strengthen the cultural ties between West Berlin and Riga open up a lot of complex questions. A highlight of the story of Latvian artists in New York is Hell’s Kitchen – an informal group of poets and artists that served as a significant driving force of the international intellectual exile milieu, as well as a catalyst for the survival of the creative potential of Latvian culture during the 1950s and 1960s. In Paris, special attention is paid to the personality of the dancer and publicist Aia Bertrand, who, together with her husband, the American dancer and artist Raymond Duncan, ran the alternative education institution Akademia in Paris from the 1920s until the 1970s. The Gotland story is centred on painter’s Laris Strunke art practice and experience as refugee during World War II when he with his family escaping Red Army illegally crossed Baltic Sea to reach Gotland.

Portable Landscapes is one of the events of the Latvia’s Centenary Celebrations which take place from 2017 to 2021. The central message of the centenary is “I am Latvia” emphasizing that the main value of Latvia is its people that create its present with their everyday work and build the basis for its future together with the new generation.