Exhibition Pirosmani: The World of a Lonely Genius at the Mikkel Museum 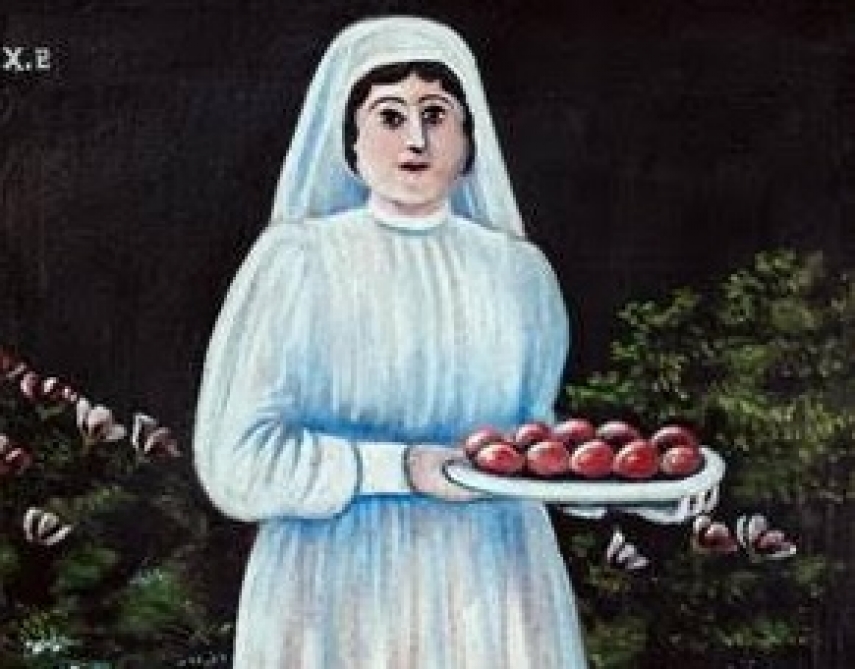 Beginning 23 March, an exhibition of paintings by the famous Georgian artist Pirosmani – Niko Pirosmanashvili (1862–1918) – can be seen at the Mikkel Museum. Pirosmani’s exceptional and fascinating works are known throughout the world. He was an artist whose life has become a legend and who is highly regarded as an important influencer of 20th century avant-garde art, a representative of naïve art, a founder of Georgian art and a symbol of the Georgian national identity.

The exhibition covers all of the essential topics of Pirosmani’s works: city life and ceremonial festivities, epic country life, still lifes, soulful figures of animals, portraits of his contemporaries and historical figures. Pirosmani’s paintings stand out for their style and painting technique, and are fascinating due to their sincerity, their profundity and the meaningfulness hidden behind their seeming simplicity, which on the one hand made his works easily accessible to his clients from the ranks of common people, but on the other hand felt like a revelation in the innovative art of the beginning of the 20th century.

The artist, who developed and worked outside the art world, found his way into the circles of “high art” in 1912, when his pictures were “discovered” by the young Russian artists Mikhail Le Dentu and Kirill Zdanevich. Pirosmani’s paintings were displayed at exhibitions of Russian avant-garde art and his works were reviewed in Moscow and in Paris. At the same time, the legend of him being a poor vagabond and a suffering genius started to take shape. According to modern approaches, Pirosmani’s oeuvre is part of the avant-garde art of the early 20th century. During his lifetime, the young artists Marc Chagall, Mikhail Larionov, Natalia Goncharova and Kazimir Malevich gained strength and courage from his art. Later Pablo Picasso and nowadays Kiki Smith, Andro Wekua, Tadao Ando and others have found creative connections with his works.

Due to the First World War and the Russian Revolution, the artist received no more orders and lived in extreme poverty. In 1918, his body was found in the cellar of the house which served as his last shelter. Long after Pirosmani’s death, passionate interest in his oeuvre was sparked in the newly independent Republic of Georgia, and he came to be seen as a founder of the national art and a symbol of Georgian culture. Most of his oeuvre is nowadays located in Georgia; the works which are abroad can be found mainly in private collections. Internationally, there is strong interest in Pirosmani’s works, as due to the complicated geopolitical situation it was impossible for a long time to display his works at foreign exhibitions.

In connection with the 100th anniversary of the Art Museum of Estonia, an agreement was reached with the National Agency for the Cultural Heritage Preservation of Georgia to arrange an exhibition of Niko Pirosmani’s works in Estonia. Most of the works belong to the permanent collection of the Mirzaani Museum and have not been displayed outside the museum before. The exhibition in the Kadriorg Art Museum opens with a graphic portrait of Pirosmani created by Pablo Picasso in Paris in 1972.

The exhibition has been arranged by the Art Museum of Estonia, the National Agency for the Cultural Heritage Preservation of Georgia, the Georgian National Museum, and the Embassy of Georgia to the Republic of Estonia.

The exhibition is accompanied by public programmes:

23–24 March at 1pm      Pirosmani workshops for children and teens under the guidance of Georgian artists, in English and in Estonian at 4 pm in Russian

Supported by: the Pirosmani Restaurant, Kaubamaja AS, Nordic Hotel Forum