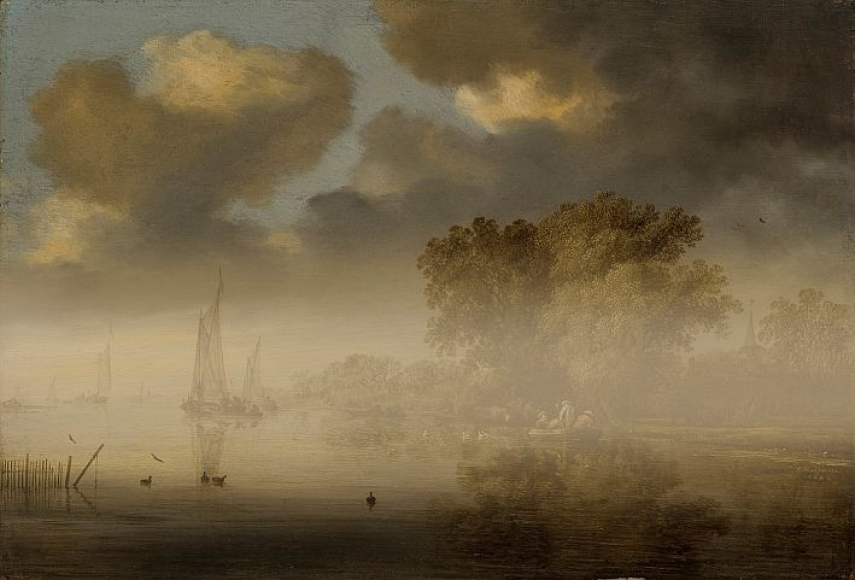 The exhibition Baltic Oaks. 16th and 17th Century Dutch and Flemish Painting in the Collection of the Latvian National Museum of Art dedicated to Latvia’s Centenary will be on view at the Art Museum RIGA BOURSE in Riga (Doma laukums 6) from 25 August to 30 November 2018.

The project that includes an exhibition, a scientific conference and scientific publications of several fields is a collaboration of Art Museum RIGA BOURSE (AMRB), the University of Latvia and Latvian State Forest Research Institute Silava, which is being developed in cooperation with the Embassy of the Kingdom of the Netherlands in Latvia and the Netherlands Institute of Art History RKD (Rijksbureau voor Kunsthistorische Documentatie) in the Hague.

The exhibition is a story about the nautical relations with the Netherlands in the 16th and 17th centuries, or – more precisely – the oaks that were shipped from the harbors of Riga, Ventspils and Liepāja. Timber of excellent quality was brought to the Netherlands from the Baltic region and used to create the wooden panels that later became the foundation for paintings by old masters. Nowadays, after many centuries, their value reaches millions. At last, the research methods as well as modern technologies of the 21st century allow us to confirm what was previously just an anticipation – numerous paintings on Baltic oak can be found at the depositories of great European museums.

Exhibition visitors will have a chance to get acquainted with the Art Museum’s RIGA BOURSE Dutch and Flemish 16th–17th century painting collection and the results of its scientific research. The oak has been analyzed with two methods. Firstly, counting growth rings with the help of dendrochronology and, secondly analyzing the DNA of Baltic oaks.

At the same time the exhibition is the result of many years of cooperation of AMRB, Dutch and Flemish art curator’s council CODART and the Netherlands Institute of Art History, that will conclude with the scientific catalogue, in which, also showing the sometimes lengthy and complicated discussion process in the attribution of various works, the most valuable part of the collection will be published.

Parallel to the Baltic Oaks, an exhibition The Golden Age of Etching will be on view at the Bosse Hall of the Art Museum RIGA BOURSE from 3 August to 30 November, showing the 17th century Dutch etchings from the Foreign Graphic Art Collection of the Latvian National Museum of Art. Visitors will be able to see the works of such prominent masters as Rembrandt Harmenszoon van Rijn (1606–1669), Adriaen van Ostade (1610–1685), Claes (Nicolaes) Berchem (1621(22)–1683), and Paulus Potter (1625–1654) among others.

The project is part of the Latvia’s Centenary programme.