Exhibition - 1919: The Republic of Latvia Turns One Year Old 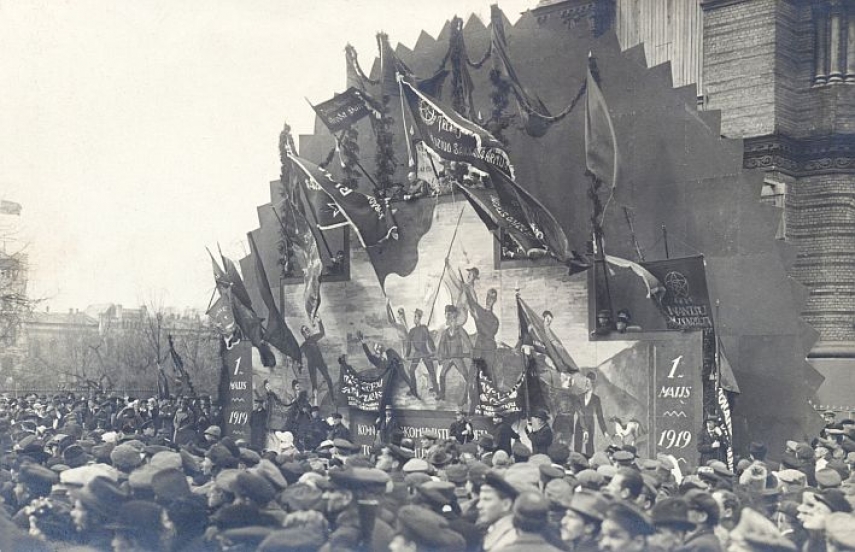 RIGA - The exhibition 1919: The Republic of Latvia Turns One Year Old will be on view at the Romans Suta and Aleksandra Beļcova Museum in Riga (Elizabetes iela 57a, Apt. 26) from 10 April to 20 October 2018.

Many Latvian museums and other cultural institutions are celebrating Latvia’s Centenary this year, with exhibitions and other events in honour of it. The Romans Suta and Aleksandra Beļcova Museum, in turn, offers a look at 1919, when the country celebrated its first anniversary. The exhibition features major cultural events in Latvia on year after the declaration of independence, particularly in terms of the visual arts.

It is clear that people at that time were thinking about economic, social and cultural opportunities to draw closer to the level of more developed countries in Europe. Latvia’s first foreign minister, Zigfrīds Anna Meierovics, said that it was necessary to inform people abroad about Latvian culture, “because that could be of great importance in the de iure recognition of the Latvian state.” The Foreign Ministry started to look for ways of presenting Latvian art in other countries. The secretary of the Latvian delegation, artist Jāzeps Grosvalds, published a brief review about older and younger Latvian artists in two issues of the French language magazine La Revue Baltique in Paris.

In 1919, Valdemārs Tone joined with Romans Suta, Konrāds Ubāns, Oto Skulme, Jēkabs Kazaks, and Niklāvs Strunke to establish the legendary Expressionists group of artists. In 1920, it was renamed and became the Riga Group of Artists. This was the most important engine behind the arrival of Modernism in Latvian art. Young artists gained self-confidence in terms of comparing themselves to representatives of Western European Modernism and Russian Avant-Garde.

The artists helped to decorate Riga for a city festival on 1 May 1919, when the Latvian Socialist Soviet Republic (LSSR) co-existed with the Interim Government of Latvia. They also helped with the interior design of the legendary Bohemian café Sukub No. 6. Above the café was the Rainis Club, which was a centre for education and culture. On 1 October 1920, a painting studio was installed in the building, with Oto Skulme and then Romans Suta teaching art there. Young painters even found a famous painting in Cēsis that was created by an unknown artist and was called Look, This is How People Live Here!

The Expressionists took part in a Retrospective Exhibition of Latvian Art in 1919, where recognised Latvian masters such as Janis Rozentāls, Johans Valters, Vilhelms Purvītis, Rihards Zariņš, Aleksandrs Romans and many others displayed their oevres. Alongside it, the work of the younger artists was quite unordinary or, as the press at that time put it, ‘interesting.’

Romans Suta’s wife, Aleksandra Beļcova, joined the Riga Group of Artists in 1920. She had moved to Latvia in 1919 and was one of the first female Modernists in the country. Aleksandra Beļcova helped to enrich the phenomenon of modern art in Latvia’s artistic scene.

Major exhibitions, the opening of universities, museums, theatres, and other cultural institutions, the flourishing of cultural life – all of these are chronicled in the exhibition and will be illustrated with documents and artworks from the collections of the Romans Suta and Aleksandra Beļcova Museum, the Latvian National Museum of Art and its Scientific Documentation Centre, the Latvian War Museum as well as the Mūkusala Art Salon.

A wide programme of events will be provided during the exhibition, including Talks at the Museum with the curator of the project Elvija Pohomova, lectures on the theme, guided tours, workshops, and other creative activities.