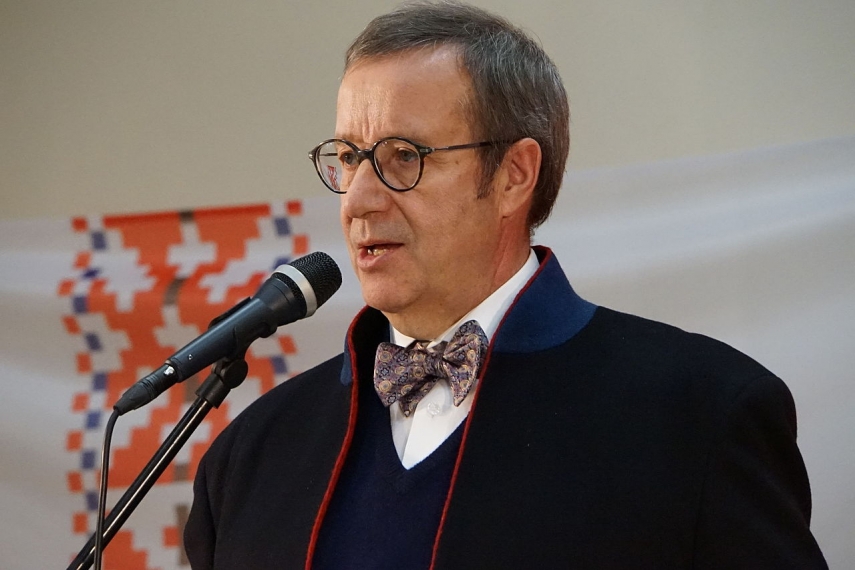 TALLINN - The 101st anniversary of Estonia indicates that the state has proven itself and is now headed towards self-actualization, former president of Estonia Toomas Hendrik Ilves wrote on social media.

"There is only one thing comparable to the centenary of Estonia in terms of importance -- the first year of the new century," Ilves said on Facebook. "Estonia's centenary served as testimony to how much we have achieved as a state and nation. There were many of those with doubts, many of those, who did not believe. Estonia's centenary was testament to the fact that in the end, all that matter are a vision, belief, will and joint action -- despite naysayers, we're still here, we still exist and we remain free. We are the ones writing our history. Nevertheless, we've always had to reaffirm our own existence, both to ourselves and to others."

"The 101st anniversary of Estonia shows that we have transcended proving ourselves and are headed towards self-actualization. May the 101st be indicative of how far a small state and nation can come in establishing global trends," the former president said. "Estonia is no longer a follower of role models posed by others, Estonia itself has become a role model. The things required for progress are simple and familiar -- a vision, belief, will and cooperation. The world has become neither a friendlier nor safer place, but we have become stronger and more self-confident."

"We will persist. We will grow to be bigger than ourselves," Ilves said. "I am proud of how far we have come and even prouder of the possibilities ahead of us."