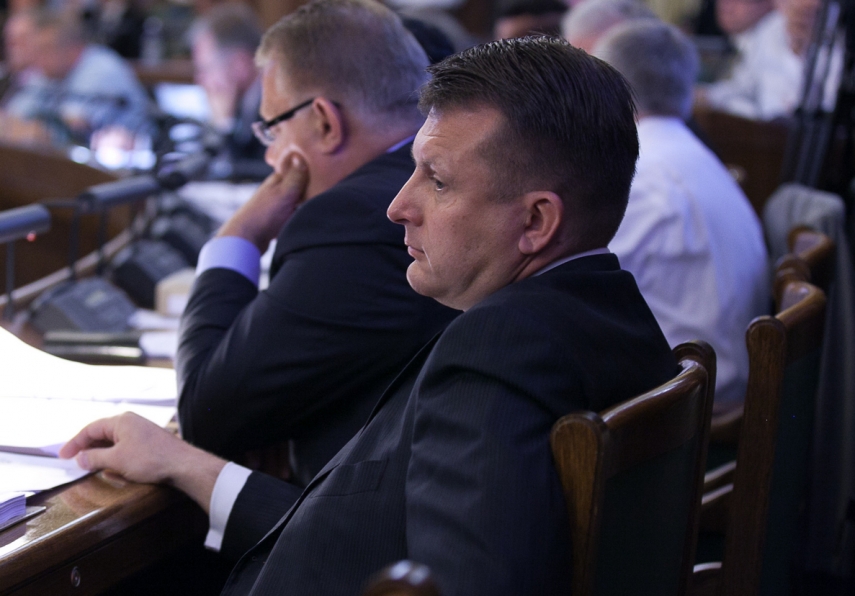 RIGA - Ex-politician Ainars Slesers, who is facing criminal charges in the so-called digital television case, has promised to run in the next Saeima elections

After the visit to the prosecutor's office, Slesers told journalists that he is planning to approach his former political allies, ex-ministers, businesspeople and people with a "sparkle in the eyes", but added that only time will tell whether this will lead to an emergence of a new political party. Slesers denied the possibility to join Aldis Gobzems' Law and Order Party.

"Only time will tell what the format will be - whether this will be a new party or something else. Most importantly, I am calling on all my friends, acquaintances, likeminded people, old allies to unite forces and work together to make Latvia a success story," Slesers said.

The politician-turned-businessman said that the rating of Latvia's current government is low and the ruling politicians might not be elected to the next parliament. Slesers believes that the criminal investigation against him has been started because 85 percent of people in Latvia do not support the government's decisions, so the case against him has been fabricated to "raise the government's rating". Slesers called the probe against him "yet another political show".

Slesers went on to claim that this "election show" is being staged by politicians from the New Conservative Party (JKP) - Juris Jurass and Janis Bordans. He also voiced confidence that eventually he will be acquitted, although the court proceedings will probably drag on for years.

"I have taken the decision to... prepare for the next Saeima elections," Slesers said.

Prosecutor Zelcs said that each suspect had their specific role in the fraud scheme. The prosecutor did not reveal the amount of illegal proceeds, but information obtained by LETA suggests that these were around EUR 3 million.